With gas prices through the roof, multiple 80-inch TVs on your walls, perfectly regulated climate-controlled HVAC systems, smokers loaded with Costco chicken wings, a private bathroom toilet, beer at state minimum, and a La-Z-Boy recliner that serves as the command center on college football Saturdays, universities are left scrambling to get fans into stadiums to keep the dollars rolling in.

That has led to schools like Mississippi State going to the drawing board to conceptualize what it would take to get a fan out of that recliner and into Davis Wade Stadium where average attendance in 2021 fell below 50,000 for the first time since 2008.

The school’s answer is to rip out 2,000 upper-deck seats (61,337 is the old capacity) and construct The Balconies. “It’s a spot where the tailgate never really has to stop,” the school announced in a June press release.

Here’s the big hook for the DIY gameday crowd: You can bring in your own fridge, your own beers, and even lawn chairs “or specific seat you love.”

A $2,700 donation to MSU’s Bulldog Club gets you access to one of the balconies. Then you need to purchase at least eight season tickets at a cost of $225 per ticket.

Quick math puts the total nut to your own balcony at $4,500 and you have yourself a DIY suite for you and seven others through a home schedule that includes games against A&M, Arkansas, Auburn and Georgia.

We’re talking $562.50 per person for an entire fall to sorta have a suite.

The balconies hold between 10 and 25 people. Single-game balcony tickets will be available for purchase for those who want to do some last-minute partying at a game.

Not Just Mississippi State: What Other Schools Are Doing

The rush to find new seating options, or in many cases standing, isn’t exclusive to Mississippi State. In 2020, Florida State announced plans to rip out seats after a 2019 season where FSU attendance dropped to its lowest number since 1987. And this summer, the University of Tennessee announced plans to add standing-room only and walking sections to the upper deck at Neyland Stadium.

In the lower bowl, Neyland Stadium will now have new chairback seating. The stadium changes will result in the reduction of 540 seats, taking the official capacity from 102,455 to 101,915.

At the University of Wisconsin, 6,000 seats have been removed from Camp Randall Stadium’s south end zone and replaced with 2,300 premium seats. According to the school, field level and “ledge” seating will “have heated floors” while the upper deck loge will “have heat above its seats.” 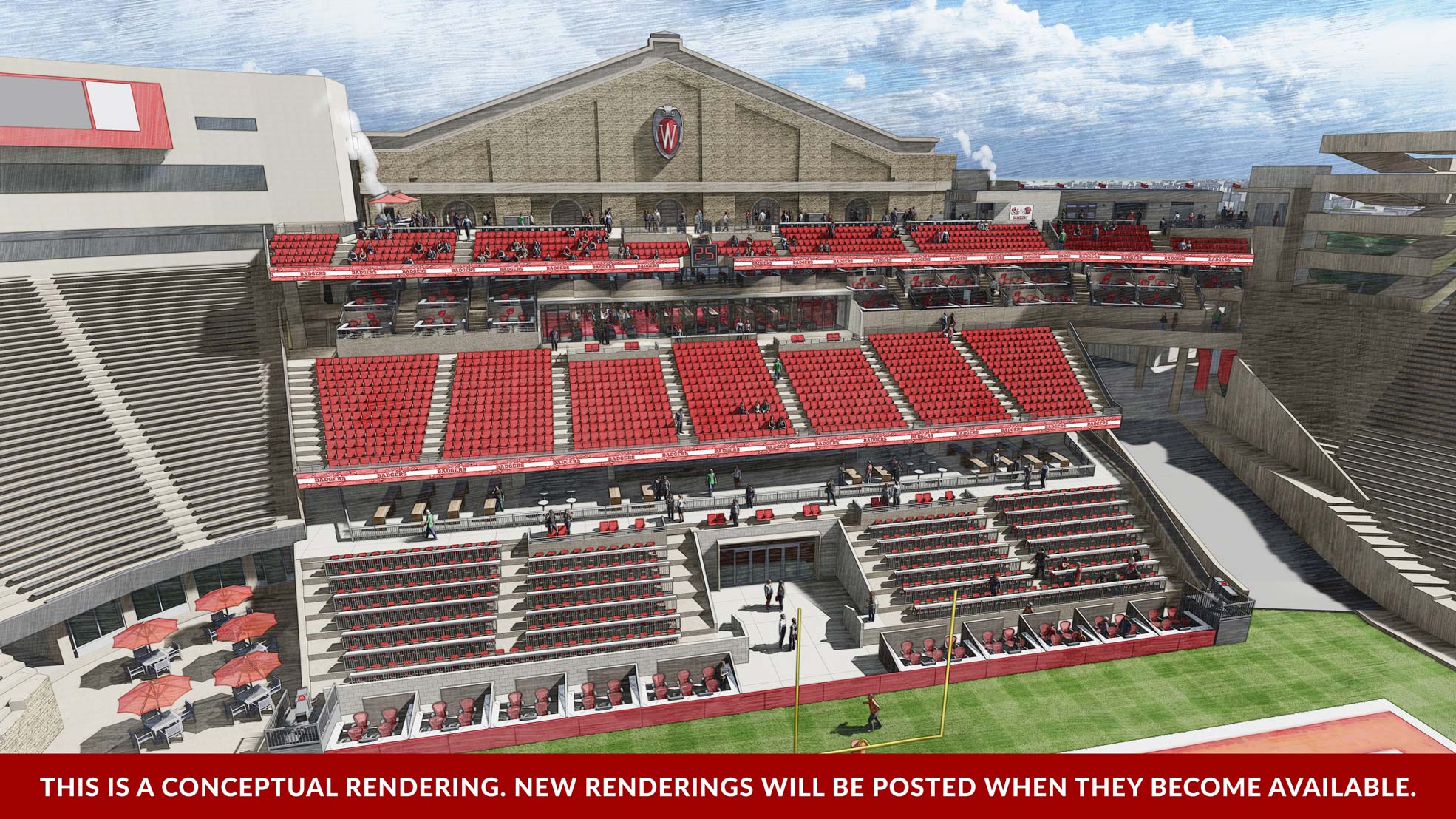 Whether it’s bring your own fridge or heated flooring concepts, the idea remains to separate you from that recliner and that beautiful 80-inch Samsung that makes college football Saturdays so easy.

Don’t take it from me.

“We really are competing against the 70-inch TV and the beer that is cold in your refrigerator and no lines at the restroom,” Big 12 commissioner Bob Bowlsby said in February. “We have to continue to make sure we enhance the game day experience.”

FBS attendance is now at its lowest average since 1981. If your school isn’t ripping out seats for DIY upper-deck tailgating spots, it’s losing even more ground in the arms race.

Now it’s just a matter of how far to go with the renovations and changes. Could we see DraftKings lounges inside college football stadiums? Don’t bet against it.