A Milwaukee man is accused of causing $40,000 in damage to Miller Park during a June incident where authorities say he walked into the ballpark via an open door and proceeded to make his way to the field where he went to work doing some landscaping. Police say Keyon Lambert started digging holes in the grass and dirt before running the bases and going on with his day.

Security officers and the field manager say they heard Lambert yelling “Black Lives Matter” while on the field, according to WISN-12. Lambert told police he was “going to try to write his name in cursive with the tractor tires, but it moved too slow.”

Lambert has been ordered to undergo a mental evaluation, but that shouldn’t be the only thing to come out of this case. Someone at Miller Park needs to learn how to keep the doors locked. Let’s be honest here, Miller Park kinda deserved Lambert writing his name in cursive after how easy it was to get on the field.

Keyon A. Lambert is accused of causing $40,000 in damage, digging holes in the grass and dirt with a tractor. He finished by running the bases before walking out. pic.twitter.com/cOBCF5OXdD 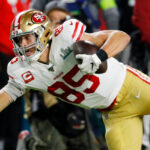 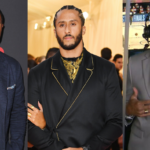