It’s been such a crazy world the past few weeks that I honestly forgot that Mike Tyson and Roy Jones Jr. are fighting on November 28th. This is one of those fights where I wish my brain was wired differently and I could look away, but I’ve been tantalized by it for awhile because Tyson is in ridiculous shape. The latest evidence of that comes from Tyson’s Instagram. The image is a little dark, but you can tell from the contour that he’s essentially got the figure he had in the mid-90s:

Here’s a training video he posted about a month ago:

Tyson is 54 years old, and Jones is 51. No one is expecting a fight that they could have delivered in their respective primes, but I think it’s going to be a lot more compelling than people reflexively realize.

While the fighters expressed frustration that rounds will be only two minutes long, it’s probably a good thing. 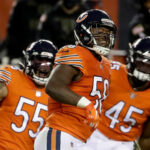 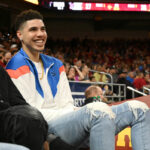