The Dallas Cowboys got shredded by the Arizona Cardinals on national TV Monday night, and the knives are already out for Mike McCarthy after a 2-4 start. On Tuesday, Jane Slater of NFL Network tweeted the following:

#Cowboys players initially bought into keeping things internal. Now as they sit 2-4 the discontent is leaking out. On the coaching staff “totally unprepared. They don’t teach. They don’t have any sense of adjusting on the fly.” Another “they just aren’t good at their jobs”

McCarthy was asked about this report in his press conference later on Tuesday.

“First off I haven’t been part of any of those discussions,” McCarthy said. “I think, like a lot of things, when you hit a part of your season or any challenge where there is negativity out there, where it comes from and who it comes from — that’s something I’ve never chased. But I think you do have to recognize it. I just really go back to my first meeting with the football team. I’ve always stated this to every team that I’ve coached. I think it’s important to handle things as men. If you do have something to say publicly that is of utmost importance, I think it’s important to say it to the individual — particularly in a group dynamic setting. Especially in the game of football. Especially for the Dallas Cowboys.”

Having observed McCarthy closely during his time in Green Bay, I could have predicted this answer. He definitely isn’t going to let the public see his frustration. But as the head coach of the Dallas Cowboys, he’s now under a national microscope and must answer for his team. Though flawed, the Cowboys still have a half-game lead over the Eagles for first place in the putrid NFC East. If McCarthy wants to avoid addressing a different version of this same question every week, Dallas must win more games.

The question and answer came at the 8:30-mark of this video: 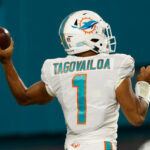 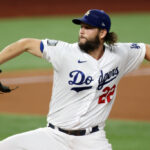