Clay: “Last question for you, I know you’re busy getting ready for Arkansas. You are going to be playing against Nick Saban, coaching against Nick Saban on Halloween, October 31st. Have you ever thought about dressing up on the sideline for a game? And what do you think the psychological value would be? Both for your team and what do you think Nick Saban would think if for instance, he looked across the field, and you were dressed as a pirate? Or, you know, some other choice of a costume to coach against him?”

Coach Leach: “You know, I don’t know. I haven’t really thought about that. That’d be kind of wild. Nick does seem like the type of guy that would really get into some costume play, though.

“You know, it’d be something to think about if I thought my coaches or players would take me seriously at all.

“I don’t know it would be pretty hilarious. So, I got to say if I was a fan that’d be fantastic. And I’d root for it every time.”

Listen to the full interview. It’s worth it. 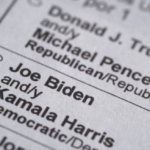 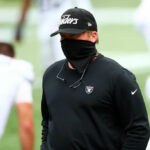