Remember when Jon Gruden revealing he had coronavirus this summer would’ve been big news?

I can’t find a headline on the front page of ESPN.com even mentioning Gruden’s big revelation after last night’s Raiders win to open Allegiant Stadium in Las Vegas. That’s just how far the WWL has come since Sunday when Adam Schefter teased COVID news on Twitter to get a viewership bump on NFL Sunday Countdown.

Then I went over to PFT to see if Mike had the Gruden news. Crickets.

Guys, I think we’ve turned the corner here and Schefter was the last one to get the memo. The sports world has moved on from the pandemic and now it’s time to Vince Williams some people. “Just show up to play football and let’s kick ass and go about our day,” Williams said last week.

It took coronabro Florio all summer to figure it out and now ESPN might be heading that way…until they need to weaponize COVID for the election or social justice initiatives.

Now, moving on to how Mark Davis celebrated the opening of his Las Vegas Raiders franchise. He could’ve held a super secretive party at Allegiant Stadium, but he chose to throw a party at his Vegas pad. He gave out 15 invites (plus-one) and announced the Raiders would be donating money to Opportunity Village and the Cleveland Clinic Lou Ruvo Center for Brain Health.

Good for Mark. His bowl cut all alone in that giant stadium would’ve been odd. Self-awareness. Something you rarely see out of NFL owners.

It has been an amazing experience here at @worldteamtennis at @the_greenbrier with @tennisoneapp the past couple weeks.. the pressure, hard work and dedication has all been worth it and it has been an unbelievable event. With the full willingness to cooperate from all attendees and staff paired with diligent and strategic safety measures the sport of tennis has found a way to successfully and safely hold a full tennis season with zero positive covid-19 tests during this almost 3 week long event. I’ve been completely surrounded by an incredible group of athletes and staff while being here and the high level tennis has been amazing to cover. Congrats to @carlossilvajr38 and all of WTT for making it happen. I will never forget this experience. So many emotions! Playoffs up next!🔥 • • • • • • • Hit that link in my bio to see everything that I have been up to in “Rachel’s Racket” and every post-match interview and recap! • • • • #worldteamtennis #wtt #tennisoneapp #tennisone #tennis #rachelstuhlmann #westvirginia #thegreenbrier #greenbrier #chicagosmash #phillyfreedom #washingtonkastles #newyorkempire #springfieldlasers #vegasrollers #orlandostorm #sandiegoaviators #orangecountybreakers @chicagosmashwtt @sdaviators @orangecountybreakers @nyempiretennis @orlandostormwtt @washkastles @sgflasers @phillyfreedoms @vegasrollerswtt

My first ever viral photo💪🏽 Who rememberers?🤔 Next challenge starts in 1 week and spots are going fast🙈

chasin’ that feelin’ that got gone too soon✨

I don’t know what the origin of this is, but it’s pretty awesome. pic.twitter.com/aW8YRxPCmM

Ok you guys asked! If the NFL had a Zoom call to recap week 2 🏈 pic.twitter.com/H8WFh7gOXG

The NFL really let the Patriots get Cam.. 🤦‍♂️

Great seeing The Killers perform at halftime of the #Raiders #Saints game pic.twitter.com/8REvOhiIa0

Nobody knew how to show the ladies a good time for under $10 like Ken … pic.twitter.com/0QjmGkozXS

I need a back story 😂😂😂 pic.twitter.com/NWA4NpY2fI

This is crazy @tacobell… unless? pic.twitter.com/j5ek8VYuwK

New Hint of Guacamole Tostitos will be out in the coming weeks! These are up on Target's website as well as a few other grocery sites. 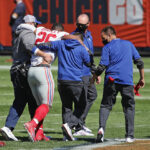 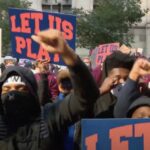