Joe Benigno had a much deserved victory lap for his 25-year run at WFAN this week, getting showered with calls from media personalities, longtime callers, and even his teenage hero Joe Namath.

On Friday, Benigno’s final show, Mike Francesa called in for about 10 minutes and it was a poignant spot. Before he won a contest to guest host a show and eventually parlayed that into a job hosting overnights on WFAN, Benigno was Joe in Saddle River, calling into Mike and the Mad Dog. Francesa ultimately gave his blessing for Benigno to get a show. Here are the two of them reminiscing on the golden era of WFAN:

Mike Francesa bidding adieu to Joe Benigno — and the golden era of WFAN — was a nice spot pic.twitter.com/QIxl1w4Tzx

Francesa is still one of the best broadcasters in the world in 10-minute bursts when he has the requisite inspiration. These two should host a weekly podcast about life in retirement in Florida, with occasional rants about New York sports. 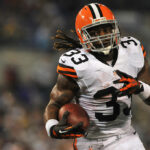 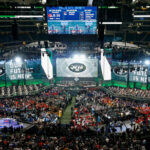