I was in Atlanta Sunday morning with a 10:53 scheduled flight to Detroit that kept being delayed even though the plane was sitting there ready to go. The logical call here is that they didn’t have pilots to fly the plane. As we know, there’s a pilot shortage.

So I walked around ATL doing some people watching only to return to the gate and an official update on the situation for the ATL-DTW flight.

The flight attendants were chilling at the hotel and needed to be picked up.

Not kidding. Why were they just hanging at the hotel on a Sunday at 11 a.m. when they were supposed to be on a 10:53 flight? No clue. Maybe they were getting caught up on Real Housewives.

It wasn’t like they were on some flight coming in from San Francisco and needed to make their way through security and to terminal A. They were literally kicked up at the hotel enjoying a quiet Sunday morning when someone got them on the phone to say there were 150 people sitting there ready to roll.

Eventually, the attendants showed up, the people waiting at the gate began clapping and we were heading to Detroit.

I don’t know how some of you are flying 10-12-14 times this summer. No thanks. Getting away for the weekend is fun and all until I’m walking around Hartsfield. Give me the patio or a car road trip. I’ll be just fine.

• By the way, what is with the absolute trash humans at the airport these days? And how can they afford to fly Delta? I sat there for five hours people-watching and couldn’t believe the humans who could barely function or shower before going to the airport. It reminded me of people watching at a place like the famous Traders World flea market crossed with a county fair with a slice of the ‘hood thrown in.

• Hey dirtbags, take your business to Spirit and/or Frontier. Stop putting flights on Delta credit cards. A new report out this week says that 1 in 5 Americans are afraid to check their credit card statements. Here’s an idea…STOP FLYING.

While soaring inflation has adjusted some summer trips, travel has returned to pre-Covid pandemic levels, the Mastercard Economics Institute found.

And many Americans are turning to plastic to fund their trips. Vacations are the top credit card expense in 17 states, according to the Upgraded Points report.

• That said, I’d probably pay a fee to get through security just to people watch at a decent-sized airport. They need to bring back airport content tourism like before 9-11 when you could take a date to the airport to watch planes take off. I want to crush beers and watch people fly off the handle.

The seltzer market is in decline

• Mike T. in Idaho, who was brought up by more than one Screencaps reader during my Birmingham trip because of his encyclopedia of knowledge on a variety of travel destinations, sent in the following report from the Wall Street Journal:

Sales of hard seltzer have plunged this year, marking a sharp reversal for a once-hot market that attracted entrants from Bud Light, Corona and others, Alex Harring writes.

Hard seltzer sales in retail stores, which rose about 11% in 2021, fell about 18% year-over-year in the four weeks ended July 2.

“Hard seltzer’s lost its novelty as consumers have been distracted by many new beyond-beer products entering a hyper-crowded marketplace,” said Dave Burwick, chief executive of Boston Beer Co., which produces Truly hard seltzer, on a call with analysts Thursday.

Consumers, especially 35- to 44-year-olds, are also shifting back to light beers, which have lower prices than hard seltzers, Mr. Burwick said.

I’ve made two personal seltzer purchases this summer and those were both for Topo Chico cases at Costco due to recommendations from Screencaps readers. They were a hit at both patio parties. Otherwise, seltzers are out. Is it me or are people drinking more vodka this summer? I’ll have to look up vodka sales, but I see Middle America walking around with those tumblers to skirt by the open container rules at the ballparks and at the 4th of July fireworks shows.

Birmingham can’t keep up with us

It’s been a bit since writing you. No rain means I haven’t mowed in a month, so I’ve been putting new parts on the mower deck for a better cut. With some rain last night, I will be back for Thursday!   Now, I have an issue. I’m glad the trip to AL went well, and you go to experience life outside of OH. However, you’ve been to a lot of places.

You’ve been through my area of NY. It’s beautiful, has all 4 seasons, and Buffalo DRINKS!

My rugby team had a golf tournament Friday morning, with 4 beer sponsors. 9am is not too early. Wife and I took the boat out Friday afternoon for a camping weekend, and we cracked beers at 8am Saturday. Garth Brooks was in town Saturday, and the guys collecting cans will be living the high life until the Bills season opener.

Sure we all cooled it down Sunday, and didn’t have any beer until lunch, but we all have to work Monday, so we take it easy a little bit.   Birmingham is a great place, but it’s no match for our drinking culture, bars….and even has late-night food. Jim’s Steakout is a great spot while drinking…after 10pm.

I will agree with Guy G. that very few if any other cities or regions drink like the fine folks in Buffalo. That’s like comparing South Florida seafood to Cincinnati seafood. It’s not a real fair fight, but I’ll say that Birmingham was a sneaky fun drinking city with a legitimate bar crawl scene with a variety of dives and typical brewing companies.

One of these days I need to sit down and come up with a beer/city rankings system to really crank up the email inbox.

Let’s start with this one: Name a city that’s fun to drink in that you didn’t expect to have fun in.

• Like I’ve always said, when they zig, I zag or I zig when they zag. Call me crazy, but my formula for waking up America seems to be working just fine.

It's hard to believe Screencaps is seeing insane growth. 🤷‍♂️

Now let’s see how the ratings are going in Q2. Oh look, GMA is down 7% from Q1 of 2022 in the key 25-54 demo that makes all the purchasing decisions. Proctor and Gamble and all the other companies that used to purchase advertising to attract mom eyeballs must love those numbers.

Keep it up, I’m loving this strategy.

Just following up on my request for advice regarding mowers from the Screen Caps community.  I haven’t heard anything back and that’s just not the screen caps way.  I find it hard to believe that nobody has any advice for what kind of mower I need to tackle my new lawn in Knoxville.  It’s about .45 acres, has a slight slope, and has a few landscape features like rock edging around trees and such.

Don’t fail me, Screen Caps!  I need your collective wisdom!

• I asked which town/city I should visit next and TNML rookie of the year nominee Galen in TN was immediately firing off an email:

May I suggest Johnson City, Tennessee (yes, of Wagon Wheel fame). Fantastic outdoor activities with lakes, mountains, and the Appalachian Trail plus a great collection of breweries in the revitalized downtown.
In JCTN we mow on Thursdays so we can go to concerts on the weekend!

(Attached is a still of our downtown concert area, a still of the view from the rooftop bar at Watauga Brewing, and a short clip from Friday night of Sons of Sailors, a Buffett cover band) 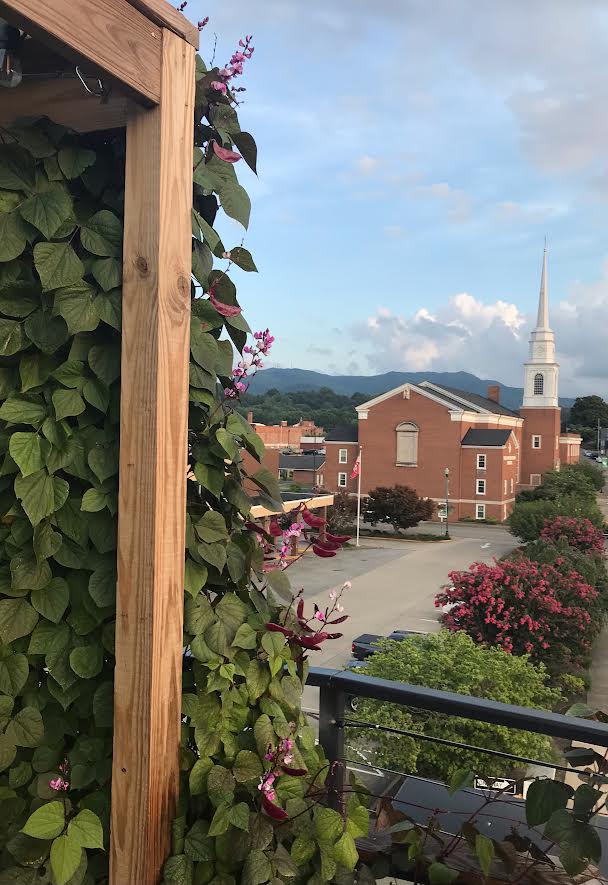 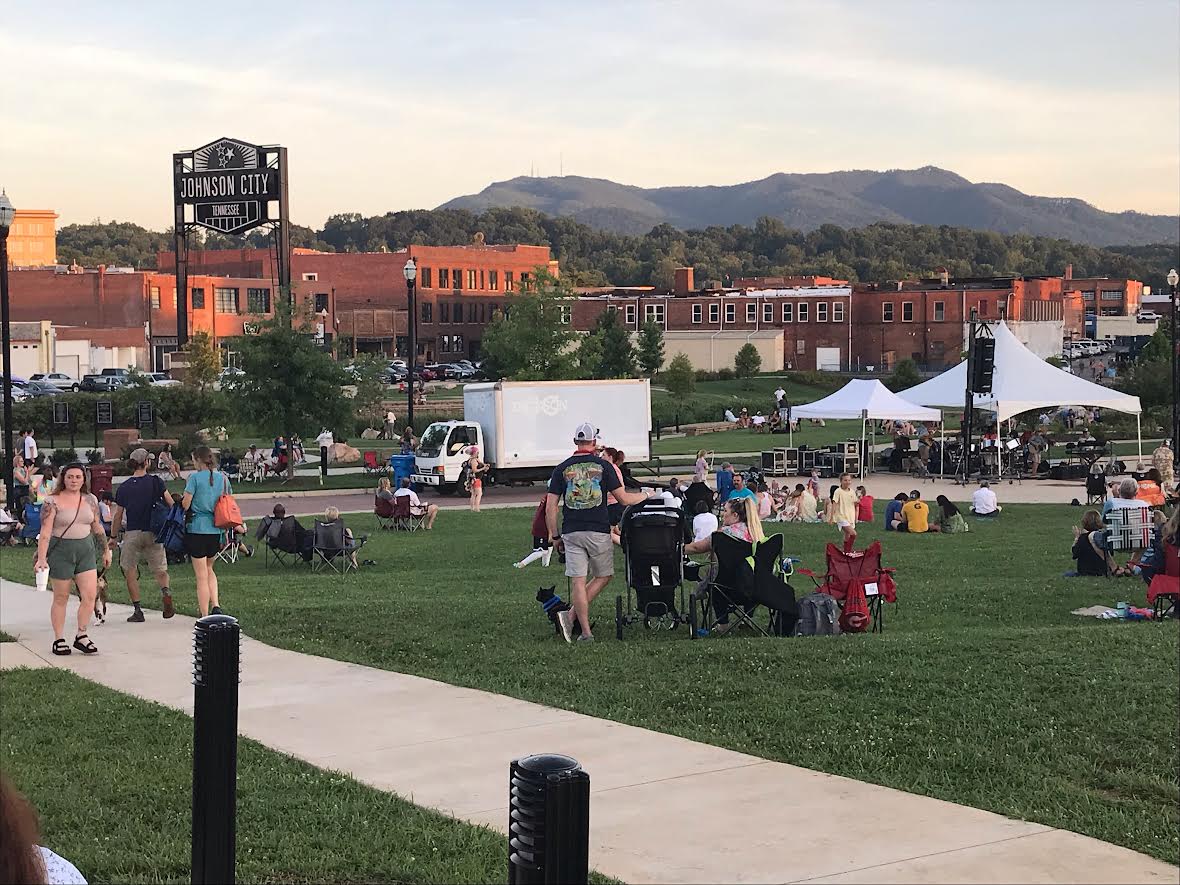 That should do it this morning. I’m fired up for the last Tuesday of July. Guys, we’re 10 days away from the Hall of Fame game. Stop and think about that for a minute. We’re about to head straight back into the belly of the beast.

Let’s enjoy these nights before we’re on the couch and wishing it was still patio beer season.

Go out there and crush another day of life.

Donna Griffiths (UK) sneezed approximately one million times in the first 365 days and her first sneeze-less day was on 16 September 1983 – the 977th day.

Jared Goff on 3rd down: pic.twitter.com/WbRKSeiGxM

So excited for the opportunity to learn from the Las Vegas Raiders as Football Operations Assistant! #justwinbaby pic.twitter.com/G0gp1P5hzr

A bit of advice fellas. When you find a girl that after 30 years of marriage let’s you wear jeans and t shirt to dinner on anniversary….. Hold on to her tightly!!! Thank you all for your well wishes. pic.twitter.com/EjBTpzb5Bv

Traces of Texas reader Erik Kirkpatrick shared this 1973 shot, taken at Baylor Lake near Childress, Texas and. All Erik said is “Everybody pile in we are headed to the lake. Don’t forget grandma…she can ride in the back!”

Sunday afternoon view on the Porch in Terlingua Texas ☔ 🌈 ☀ pic.twitter.com/vZHEjPrJIB

I know I shouldn't laugh! 🤣🤣pic.twitter.com/nwWlNfCobU

He knows how to enjoy life! 💕🤣🤣pic.twitter.com/JUpv2sb8gC

CBP officers in St. Louis inspected 4 packages arriving from Tanzania. All the packages contained wood chips but the invoice was mislabeled. The wood was identified as Magnolyphyta, a prohibited product, lacking phytosanitary certificates. All 4 packages were destroyed. pic.twitter.com/zKXo8t8bWl

A post shared by Craft By Smoke and Fire (@craftbysmokeandfire)

Anyone else see a boat that looked identical to this travelling North on I-77 yesterday near Lake Norman at about 4:00 pm? I didn’t get a picture of it, but it looked cool!! pic.twitter.com/407jZoTvee