And Megyn Kelly is back.

[The Megyn Kelly Show] will feature interviews with newsmakers, thought leaders and compelling voices from the heartland and beyond,” as published at Devil May Care Media’s website. “Listeners can expect interviews that transcend the superficiality and sound-bite driven confines of traditional broadcast and cable news, and instead deliver in-depth, uncensored, thought-provoking conversations.”

The first episode of the show is scheduled for release the week of September 28.

Red Seat Venture will assist in producing and managing the show. RSV is involved with The First, a conservative upstart OTT fronted by Bill O’Reilly, Dana Loesch, Buck Sexton and Jesse Kelly.

Last week, I discussed Kelly’s unheard-of 2016 contract negotiations. Just four years ago, she was en route to a claim as the biggest TV star in news media. Kelly had it all: entertaining, smart, unique, and most importantly, unpredictable. She was ascending from TV star to celebrity.

Kelly had her pick of the most prominent roles in the industry. Among them, an offer to stay at Fox News for four years, $100 million, aka “the Bill O’Reilly deal.” Kelly was slated as an heir apparent to O’Reilly — whose contract was terminated in 2017 following a bevy of sexual harassment lawsuits — as the face of Fox News.

Ultimately, Kelly chose NBC over Fox News, Good Morning America, and a primetime show on CNN. Her decision changed the industry. Tucker Carlson rose to stardom; Sean Hannity re-emerged at 9 p.m.; and, due to a blackface controversy, Kelly’s career came to a halt. Following her NBC departure, Kelly’s future was unknown, even in doubt.

Megyn Kelly now transitions to digital media, an industry already oversaturated with content. There are more podcasts than listeners looking for new shows. Yet, as 2020 has proven, it is an industry starving for superstars. At the top, it is led by Joe Rogan, who cashed in for $100 million. Despite an absence from the scene, Kelly still has star potential. The unpredictable host makes news both alone and in interviews. Kelly’s voice, reach, style and worldview fit the marketplace’s lucrative opening.

Sustainable podcast success takes time as it is reliant on accumulating subscribers.

Currently, there’s a distance from the top personality-driven news podcasts and the field. Ben Shapiro, Dan Bongino, and Pod Save America lead the way.

“No B.S. No agenda. No corporate overlords,” Kelly adds.

Three objectives that call out most of today’s news media. 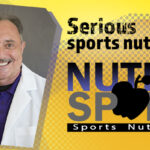 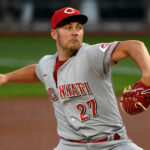