Drew Brees was done, but then he was back, and now the Saints are 3-2

The Drew Brees NFL obituary was being written in the first half of Monday night’s game against the Chargers by a Twitter crowd convinced that the 41-year-old was finished. He should’ve just hung up the pads at halftime and walked on up to the MNF booth. A field goal and a 41-yard touchdown pass to Jared Cook later, and Drew was back.  Eventually, the Chargers kicker helped out New Orleans, and we have a tie in the NFC South standings. The Brees-Brady rematch is slated for Sunday night, November 8.

In other quarterback news, Arthur Blank appears ready to let a new GM and coach decide the future of 35-year-old QB Matt Ryan in Atlanta. “You know, Matt has the ability to play at a very high level, even at this age,” Blank said Monday. “Whether that’s gonna continue or not, I’m not sure. I appreciate his willingness to consider doing that, and the level of what he’s played for us for 13 years, which has been incredible. So I — we’ll have to see. But then again that’s gonna be a decision at the end of the day that’ll be — part of it will be up to the player and part of it will be up to the coaching staff. And whether or not Matt can keep himself together, and God willing he’ll be able to do that, and play at the level that he’s capable of playing at.”

On a more positive note, here’s a woman who hit a beautiful $100,000 progressive royal flush at Red Rock Casino while sitting in plexiglass prison.  A win is a win, even if it comes at a table where the people next to you can’t hear the excitement from your muffled voice.

The Chargers are now the 5th team in NFL history to blow 17-point leads in back-to-back games.

No team has ever lost 3 straight games when leading by 17+.

Mood today: Bruh nurse, don’t come at me when I wear the black scrubs 🖤

Quarantine in Miami isn’t so bad 🏝

Hidin from the fish! 😝 . . . Had a blast with my girlfriends this past weekend in Rome, GA even though we only caught a buzz. 😂 . . . #camo #camoflauge #dockfishing #bassfishing #freshwaterfishing #georgia

Guys, I know this is a nail-biter of a game but I just noticed that Sean Payton is wearing EXACTLY the same mask that I own and it’s freaking me the eff out. pic.twitter.com/u9ylkmJDMY

The last time the Cleveland Browns were 4-1 Bill Belichick was the head coach, Nick Saban was defensive coordinator & this brand new Chevy S-10 was a few years away from being lowered, tinted & fitted with 10" sub boxes. pic.twitter.com/YMsECAUUol

YESSSSSS! This is OUR year!!

I just became a fan of this league 😮 pic.twitter.com/hLMLFNIDl0

Seen at The Battery recently, let’s beat the Dodgers not each other! ⚾️ pic.twitter.com/2HGvTqGqFN

A cougar stalked a man for over 6 minutes during his run through Slate Canyon near Provo. pic.twitter.com/h5WATRNTVG

Perfect for “sliding” one right into someone’s frontal lobe … pic.twitter.com/Nz3hC30hUS

You cheated on me Autumn and give me back my dog. https://t.co/RPa8HWRPMI

Joe Biden: "I'm running as a proud Democrat for the Senate" pic.twitter.com/7LTFdJQMgF

After tearing down century-old bronze statues of Lincoln & Roosevelt, antifa built their own statue in downtown Portland. They say it is an elk. The previous bronze elk statue was set on fire & severely damaged by antifa during the summer rioting. pic.twitter.com/9rie7j48dQ

Here are the new Pumpkin Pie Eggo Pancakes! I finally found them at Meijer. 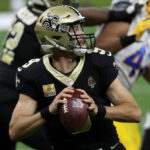 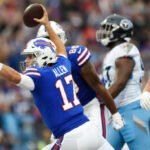