Mark Grace spent 16 seasons playing in the big leagues. He retired with an impressive .303 batting average over that entire span. He holds the record for most hits, most doubles, as well as most sac flies for the 1990s, and Grace also won a World Series with the Diamondbacks.

Some may argue for him to be a Hall of Fame player — though he is probably Hall of Really Good — being that he and Pete Rose are the only two players to lead a decade in hits and not be enshrined. He also won four Gold Gloves.

This evening he is trending on Twitter nationwide as the mob tries to cancel him for the crime of telling a story and calling his ex-wife a “dingbat.”

You read it correctly.

Grace recalled a story from, what has to be, nearly a quarter century ago about his wife parking in a spot that was reserved for then-MLB commissioner Bud Selig.

This is why Cubs great Mark Grace is trending pic.twitter.com/5M857OqFfU 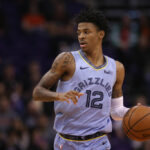 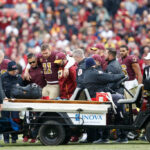