Reports would later surface that you could audibly hear items being thrown in the Celtics locker room.

Smart wasn’t the only one yelling. There were definitely items thrown and a lot of yelling. #Celtics

Been outside a bunch of locker rooms in my days. That’s was as raucous as I’ve ever heard. #Celtics

Remember when Kevin Durant said LeBron James creates “toxic environments”? Maybe Durant forgot there are NBA conference championship contending teams communicating like this. Marcus Smart and the Celtics are throwing chairs across the room, while Bron and AD sip on wine waiting for room service. Might seem toxic, but LeBron is just showing side effects of playing for title contending teams.

Part of competing at the highest level is that teammates are going to disagree in grand fashion because they care. Most will worry that this incident means team chemistry is in shambles, but it means the opposite. When couples fight all the time, chances are that both parties are willing to fight. Marcus Smart risks looking like a knucklehead to try and change the fate of his team’s late game struggles.

Kemba Walker completely redeemed himself after laying an egg in game one, all to have Miami’s second half zone defense play spoiler. Even ESPN’s Tim Legler ripped the Celtics with Scott Van Pelt:

“Miami went to a zone and it’s clear as day how to attack it. Mid-range jumpers are the way to expose a zone and Boston refused to go there.”

Wouldn’t be the first time Celtics head coach Brad Stevens heard that, but he didn’t make the proper adjustment. That very well could be a team dealing with pressure playing in the conference championship. Either way, failing to make that simple in-game tweak to put game 2 away and tie this series is unacceptable.

Marcus Smart and his teammates have good reason to throw things. At least we can’t say they quit like James Harden and the Houston Rockets (shrug emoji). 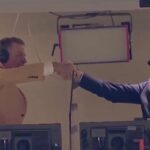 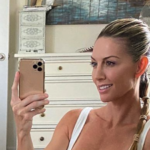