Need a pick-me-up kind of story to get this Thanksgiving week going? You probably do as the government keeps making it harder for bars to operate in several states, including Pennsylvania where lawmakers announced Monday they would be suspending liquor sales Thanksgiving eve at 5 p.m.

There are good people out there fighting back to keep their favorite bars alive and kicking, including Cleveland’s Nighttown where patrons can still catch live jazz and a classy night out on the town. Bar owner Brendan Ring wrote a post on Facebook sharing the story of what happened just before the establishment entered a shutdown phase.

A customer walked in and bought one 16 ounce Stella.

“So just before we closed today at Nighttown a customer walked in and ordered a beer and asked for the check and handed his credit card slip to me, wished me well while we sit out our voluntary shutdown and told me to share the tip amongst the wait staff of which there were four working brunch today.

“As he walked out I looked down at the tip and realized he left a whopping $3000 tip on a single beer purchase. I ran after him and he said no mistake we will see you when you reopen! Unbelievable but symbolic of the kind of quality folks we have know at Nighttown all these years.

Ring announced on November 13 that he was closing Nighttown, writing that the “situation has become untenable.” He added, “hard times indeed but hopefully we will see you all in the Spring.” That day has officially come for a Cleveland institution that opened on February 5, 1965. 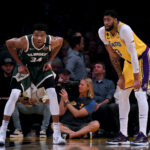 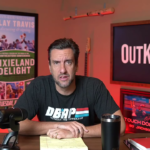