Trust me, I’ve blogged several dozen cases like this one over a 13-year Internet career and this is one for the record books.

Cousins told police watching women was “the only thing he has left” and told police that he has a heart condition that stops him from cranking.

Cousins claims that he likes to sit in his truck and listen to some tunes and it’s possible someone saw him playing “air drums” while on his knees and thought it was him jerkin’.

That’s right folks, an air drum defense. Cuz shouldn’t have stopped there. He should have ramped up his position by saying he clearly remembers the day he was in the parking lot and Phil Collins “In The Air Tonight” came on and he went absolutely crazy playing air drums and thinking about LSU football returning from COVID.

Here’s the problem with Cuz’s wild defense: he was arrested on obscenity charges for incidents IN THE SAME PARKING LOT going all the way back to 1981. Here’s one of Cousins’ cases back in 2013. Here’s a case from 2018.

A look through Ronnie’s Facebooks (he has three!) shows that he loves LSU, but I can’t find any evidence of him playing air drums. The prosecutor shouldn’t have any problem busting through this defense. 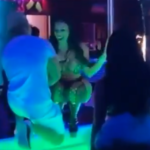 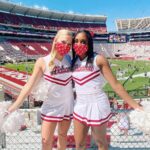