Super Bowl LV is just four days away, and things in Tampa are starting to heat up as more and more of the ‘experts’ are coming out with their picks for the big game between the Kansas City Chiefs and the Tampa Bay Buccaneers.

The latest pick for Sunday’s affair comes from the most popular football video game series of all time, Madden Football from EA Sports.

ESPN reports that Madden NFL 21’s official simulation of Super Bowl LV has the Chiefs taking home their second straight title, beating Tom Brady and the Bucs in Tampa’s home stadium at Raymond James Stadium by a final of 37-27. 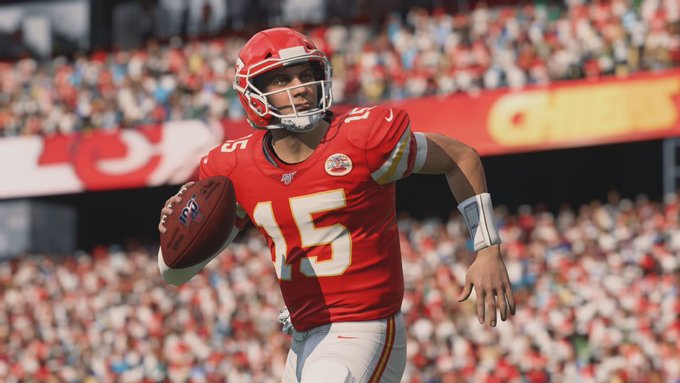 The game was a tight one up until the fourth quarter when the Chiefs were finally able to pull away after a 12-yard touchdown run by Chiefs quarterback Patrick Mahomes.

The touchdown run gave Kansas City a 34-27 lead, and then they added a late field goal to put the game away.

Two years back, they picked the Los Angeles Rams to beat the New England Patriots in Super Bowl LII, though the Patriots topped the Eagles.

The game did have the Chiefs beating the 49ers last year, which came true after Mahomes and Kansas City rallied in the fourth quarter to pull out the win.

In this year’s simulated game, Mahomes was the Most Valuable Player in the Chiefs’ win. He threw for 422 yards and four scores in going 31-for-41 in the win.

Mahomes’ four scores went to Clyde Edwards-Helaire, Travis Kelce and a pair to speedy Tyreek Hill, one of which was for 63 yards.

Brady kept the Bucs around, as he threw for 322 yards on 30-for-44 passing with three scores and a pick. Mike Evans and Chris Godwin each pulled in a score, and Rob Gronkowski’s fourth quarter touchdown tied the game at 27 all until the Chiefs rallied for the win.

Let’s hope that the real game on Sunday is as exciting as the Madden sim.