When Mack Brown emerged as the new head coach at North Carolina prior to the 2019 season, many were shocked. A soon-to-be 68-year-old who had spent five years away from coaching, Brown was living off name recognition — or so people thought.

Instead, Brown has positioned the Tar Heels as a top 10 team in college football — yes, football, not basketball. He also helped the program get back to a winning record (7-6) in his first season back on Chapel Hill after a combined record of 5-14 the two years prior to his arrival.

In other words, North Carolina fans are thrilled to have their coach back.

To go a step further, those same fans are hoping Brown can get the program back to having 10-win seasons consistently like it was prior to his departure for Texas following the 1997 season. Three of his final five seasons during that first stint included double-digit wins, after all.

The Tar Heels are off to a good start in 2020, as the team is 2-0 heading into a crucial matchup against undefeated Virginia Tech. The Hokies are also a top 20 team sitting at No. 19 in the latest AP Poll, so Saturday’s game will have significant implications for how these two teams are viewed nationally.

Getting to 10 wins for North Carolina isn’t going to be easy. The regular season schedule has been shortened by a game, 10 of the remaining 11 games are against ACC opponents and the conference is the strongest it’s been in a several years.

Still, Brown has to make sure the team is taking the “one game at a time” approach. That mentality starts with an important home game against the Hokies this weekend.

Starting quarterback Sam Howell needs to get back to playing at an elite level after a slow start. During his freshman season, the sophomore threw for an impressive 3,641 yards and 38 touchdowns compared to only seven interceptions. The touchdowns broke the single season school record, but 2020 has not yielded the same results through two games.

Howell is averaging a less-than-stellar 260 passing yards, and his touchdown-to-interception ratio (three touchdowns, three interceptions) has decreased dramatically. The offensive output, whether that be from a total yardage standpoint or points scored, has taken a major hit as well.

Both Howell’s play — and the overall play of the offense — must improve against a Virginia Tech team that is welcoming back its own starting quarterback Hendon Hooker. There’s weapons in this passing game with Dyami Brown, Dazz Newsome and Beau Corrales; Howell just has to get them the ball with more consistency.

That might prove to be difficult with the Hokies leading the nation in sacks per game (6.5).

Defensively, North Carolina has to continue to be strong against the run.

Virginia Tech’s rushing offense currently ranks No. 3 in the nation while averaging 319 yards. But the Tar Heels are only allowing 54 yards per game on the ground, which give them the No. 1 ranked run defense. Kansas transfer running back Khalil Herbert has been dynamic for the Hokies, so keeping him contained will be a priority.

The return of Hooker following his quarantine period will put even more stress on North Carolina’s defense, but the opportunities are there if the offense can open up more than the 28.5 points they’ve averaged through two games.

Brown has enough pieces, both offensively and defensively, for this North Carolina team to continue to make noise in the ACC. But getting by Virginia Tech this weekend and maintaining that top 10 status will go a long way in determining how feasible a 10-win season can be. 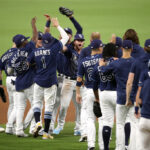 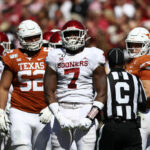