Add Luka Doncic and the Dallas Mavericks to the list of things vandalized, looted and torched by Black Lives Matter.

We can’t discuss Doncic and the Mavericks the way we once argued over the significance of Larry Bird and the Boston Celtics.

No. Today we have to pretend that Doncic, Kristaps Porzingis and Boban Marjanovic aren’t possibly the European, second coming of Bird, Kevin McHale and Bill Walton.

Nope. Nothing to see here. Three white guys are not shaking up the NBA’s Black Lives Matter Bubble with their performance against Kawhi Leonard and the Los Angeles Clippers.

The Mavericks thumped the Clippers 127-114 Wednesday night, squaring their playoff series at a game apiece. Dallas outplayed Los Angeles in Game 1 before the refs overreacted and tossed Porzingis for escalating a skirmish. Last night, Doncic, Porzingis and Marjanovic combined for 64 points on 21-of-38 shooting and 24 rebounds.

Luka Doncic is one of the five best basketball players in the world. He might be ranked number one when the Bubble bursts.

This season, the 6-foot-7 shooting guard averaged 29 points, 9 rebounds and 9 assists. Last night, he dropped 28, 8 and 7 on Kawhi and the Clippers. Doncic has scored a combined 70 points in his first two NBA playoff games, surpassing Kareem Abdul-Jabbar’s record of 69.

I get that they work downhill, pounding the ball at the top of the key and driving to the rim. But James Harden at 21 was averaging 12 points and coming off the bench in Oklahoma City.

Carlisle is an abrasive weirdo. But he’s as good a coach as there is in the NBA. What Carlisle did to LeBron James and the Heat in the 2011 NBA Finals was some of the best work in the history of coaching.

Harden is a one-on-one scoring machine. He’s the new Iceman. Doncic is Larry Bird, a revolutionary disruptor who doesn’t fit the profile. Modern PC sports culture hates when you compare a white player to another white player. I’m not politically correct. Doncic is Bird 2.0.

The Mavericks will be a major problem for years to come as long as Doncic and Porzingis stay healthy. The Mavs can win the Bubble.

Wouldn’t that be an incredible story? An NBA team with three white starters (Doncic, Porzingis and Maxi Kleber) wins the Black Lives Matter Bubble. Antifa might burn the Bubble to the ground in protest. Or maybe Antifa and BLM would celebrate. The Mavericks are a globalist’s wet dream. They’re led by a Slovenian (Doncic), Latvian (Porzingis), Serbian (Boban), and German (Kleban).

It’s very insensitive of me to bring any of this up. We shouldn’t talk about race unless it meets the approval of the BLM Thought Police. Let’s check with Bomani Jones and the woke warriors genuflecting at the feet of Dan Le Batard. Or let’s don’t.

Doncic’s skin color is a legitimate storyline worthy of exploration.

The racial dynamics of the Magic Johnson-vs-Larry Bird basketball feud saved the NBA 40 years ago. Bird’s whiteness and greatness in a league dominated by black players made the NBA compelling the same way Tiger Woods’ brown skin made the PGA Tour must-see TV.

The Mavericks are unusual. It’s too bad everyone is afraid to celebrate and authentically discuss the significance of Doncic’s arrival as an NBA superstar.

As a kid, I was hardcore Team Magic in the Magic-Bird war. Whenever they played, I kept my own stats because I thought the official scorers favored Bird. My best friend on my junior high football team was hardcore Team Bird. We argued Magic vs Bird nearly every day. We argued Larry Holmes vs. Gerry Cooney for nearly two years. I was Team Holmes. He was Team Cooney.

Kids and adults are less likely to have those arguments today because the thought police are lurking, waiting to pounce. We have to pretend Mark Cuban and Rick Carlisle, a former Larry Bird teammate, haven’t built what looks like the new Boston Celtics.

What’s worse, is that many of the sports fans who would marvel at the uniqueness of the Mavericks have abandoned the NBA because of its alliance with the divisive Black Lives Matter movement.

Maybe Luka is good enough to bring them back. 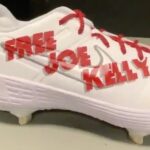 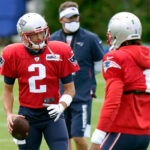