OK, quiet down, boys and girls. BLM 101, Volume 3 is now in session. As you know, BLM 101 is a class dedicated to educating professional athletes on the real agenda and impact of the Black Lives Matter movement.

If you missed my earlier classes, please check my archives for Volumes 1 and 2.

Today’s lesson is a story from Chicago featuring mayor Lori Lightfoot. The Chicago Tribune reported that Lightfoot, a supporter of BLM, ordered local police to prevent protestors from demonstrating in her neighborhood. On Thursday Lightfoot defended her ban.

The Tribune wrote: “Lightfoot refused to elaborate on the specific threats, but said she receives them daily against herself, her wife and her home.”

Equality? That’s the word scrolled on the back of a lot of NBA jerseys. The BLM movement allegedly is about bringing equality to the masses. Does Lori Lightfoot sound equal to the citizens of Chicago? Or has she reserved a special level of treatment for herself and her family?

Are there families in Chicago that don’t deserve protection from the violent, peaceful protestors, looters and vandals circulating Chicago?

Black Lives Matter is a clever slogan. On the surface — as long as you don’t read the BLM website — the agenda of BLM is admirable. BLM is allegedly dedicated to ending systemic racism and making everyone equal. It’s a force as powerful as God.

The reality is BLM imposes inequality and creates racial division. Movements founded in Marxism, socialism and communism always empower a handful of elites and feed the masses hope packaged in slogans.

What we’re seeing in the NBA is the true agenda of BLM. Elite millionaire athletes running up and down basketball courts promoting hope with slogans on their jerseys.

Meanwhile, Lori Lightfoot, LeBron James and the others in their circle of political influence will use their power, privilege and wealth to keep BLM out of their neighborhoods.

Please share the link to today’s lesson with your favorite professional athlete. No snark. No condescending message. Let’s try to engage the athletes in a healthy debate about the real impact of BLM.

Have a great weekend. 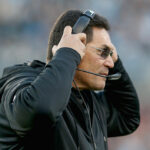 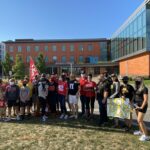