New Zealand’s ‘Covid Zero’ strategy is officially over after a year and a half of strict lockdowns and a belief that confining citizens to their homes would result in the nation defeating the virus. Monday, Prime Minister Jacinda Ardern admitted the strategy has failed and now becomes the transition to living with COVID.

“We’re transitioning from our current strategy into a new way of doing things,” Ms. Ardern announced. “With Delta, the return to zero is incredibly difficult, and our restrictions alone are not enough to achieve that quickly. In fact, for this outbreak, it’s clear that long periods of heavy restrictions has not got us to zero cases.”

“What we have called a long tail,” she added, “feels more like a tentacle that has been incredibly hard to shake.”

New Zealand joins Australia and Singapore as countries that are transitioning away from a strategy that believed instituting very strict rules on citizens would magically cause the virus to go away. That means people in Auckland, on Wednesday, will be allowed to meet with others outdoors for the first time since August. New Zealand isn’t ready to allow its citizens crazy freedoms, which means groups will be limited to 10 people. Outdoors.

Kids will go back to school. Outdoor exercise at parks will be permitted. People can also go back to the beaches. While the COVID Zero strategy is over, that doesn’t mean that New Zealand is eliminating all of its COVID rules.

Hunting and fishing will be allowed again after the country’s 50-day lockdown.

The country plans a three-step process as it comes out of the Delta variant lockdown. According to the New Zealand Herald, at step two, groups of 25 will be allowed and libraries, museums, pools and zoos can reopen.

By step three, 50 people will be allowed to gather. Restaurants and bars will reopen.

Even with the new easing of restrictions, citizens still cannot go get a haircut. And masks are still required.

New Zealand reported 27 new cases of the highly infectious Delta variant in Auckland as protestors took to the streets to rally against an almost two-month lockdown in the country's biggest city pic.twitter.com/nsDjJH5fSJ 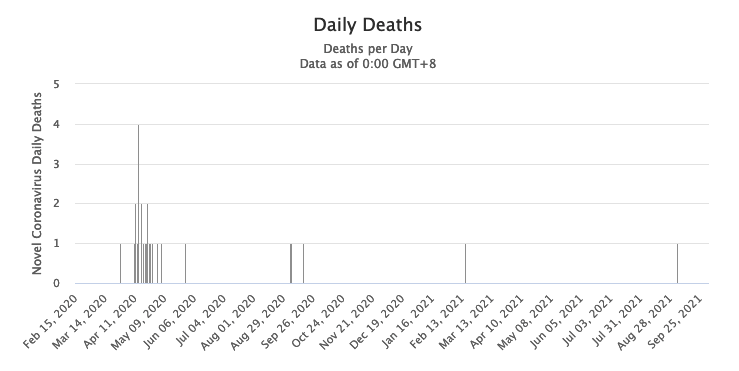 With COVID Zero over, the focus for New Zealand turns to vaccinations. The country is promoting a plan to vaccinate 90% of the population. Currently, 39.7% of the country has been vaccinated.

“The more people are vaccinated, the fewer restrictions we will have to live with in the future,” Prime Minister Ardern said in September. “It all comes down to vaccination.”

Ashley Bloomfield, a government health official, told Radio New Zealand in September that the country will just have to deal with infections and create a new way to battle the virus.

“We may not get back to zero but the important thing is we are going to keep finding any infections and basically continue to contact trace, test and isolate people so that we stop the virus circulating in the community,” Bloomfield said.

Now comes the fight over how New Zealand will get to a 90% vaccination rate. And even if the vaccination rate gets to that level, would New Zealand drop rules it has instituted like checking in for the government when citizens visit cafes, restaurants, bars, casinos, concerts, retirement homes, etc.?

So enjoy your new liberties, New Zealanders. And good luck getting back those that have been stripped away.