Le’Veon Bell’s list of options has narrowed down to the Dolphins, Chiefs and Bills. According to ESPN’s Jeremy Fowler, Bell’s decision could come as soon as today.

Le’Veon Bell currently plans to sign with one of three teams, per source: Dolphins, Chiefs, Bills. Barring change, Bell will decide among these teams as early as today. Steelers reunion unlikely at this point.

At 28, Bell doesn’t seem to have much left. However, as long as he remains in the league, Kansas City would be an ideal fit. Even in diminished form, Bell would be terrifying in that system, with those screens, and a QB like Patrick Mahomes.

The Dolphins need help at the running back position and are somehow still pumping at 2-3. It would, however, be a waste. This team isn’t going anywhere.

Despite a Tuesday night humiliation at the hands of the Titans, the Bills are legit Super Bowl contenders. Though Bell wouldn’t fit as well schematically, Buffalo is as good as Kansas City.

Which team should he pick? 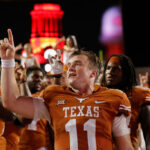 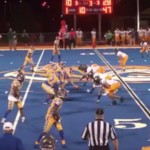