The “Let Russ Cook” meme has officially made its way to Seahawks offensive coordinator Brian Schottenheimer’s press conferences, and the 47-year-old with NFL head coaching blood running through his veins just might’ve worked himself into future job interviews with how he answered the following question.

Why are Schottenheimer and the Seahawks letting Russ cook?

“It was certainly something that we heard, we talked about, you guys asked about it quite a bit. It’s just kind of the way we’re playing right now,” Schottenheimer said during Thursday’s media availability. “We’re playing with a lot of confidence throwing the football. We’re still running the ball really, really well. I don’t think we think we’re going to go into Arizona and rush for 200 yards against them, but we do. The term is fun. The term is catchy. The fans love to talk about it.

“But I literally don’t sit up there in the staff room with the staff, and we don’t put on a chef’s hat, and we don’t pull out our recipe books and be like, ‘Hey, it’ll cook on this one.’ I mean, we don’t do that. We just come up with the best plays we can come up with. Some of them work, and some of them don’t. He’s playing with a lot of confidence right now. We knew at some point we might lose a game. And you know what, we did lose a game.

“If anything, it motivated us to get back to work. But I think it’s fun for the fans. I think it’s fun for people to talk about, but at the end of the day, we want to win. If that takes us not letting Russ cook, we’ll do that too. If we think we have to let Russ cook or that’s the way the game unfolds, then we’ll be pulling out our recipe books and mixing all the different ingredients and see how it tastes.”

And there you have it. An answer to a question that will turn into a job opportunity for Schottenheimer. His staff understands when it’s time to let Russ cook up a meal for Brian to taste. So far, Seattle has let Russ cook himself into the MVP award through seven weeks of the season. He has a league-leading 22 touchdown passes, leads the league in touchdown passes to attempts with 10% and has a wide lead with a 119.5 QB rating.

If you’re a t-shirt entrepreneur, now is the time to start making up the “Let Russ Cook” shirts and target them at Seahawks fans on Facebook. Sit back and let the money roll into through January and maybe into that Sunday in February down in Tampa. 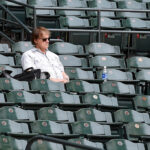 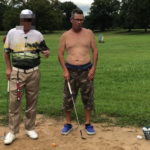