Lasorda is best known for his two decades managing the Los Angeles Dodgers, winning World Series Championships in 1981 and 1988. He spent 71 seasons in the Dodgers organization, the longest tenure anyone has ever had with the team.

“Tommy Lasorda was one of the finest managers our game has ever known. He loved life as a Dodger. His career began as a pitcher in 1949 but he is, of course, best known as the manager of two World Series champions and four pennant-winning clubs. His passion, success, charisma and sense of humor turned him into an international celebrity, a stature that he used to grow our sport. Tommy welcomed Dodger players from Mexico, the Dominican Republic, Japan, South Korea and elsewhere — making baseball a stronger, more diverse and better game. He served Major League Baseball as the Global Ambassador for the first two editions of the World Baseball Classic and managed Team USA to gold in the 2000 Summer Olympics in Sydney. Tommy loved family, the United States, the National Pastime and the Dodgers, and he made them all proud during a memorable baseball life.

“I am extremely fortunate to have developed a wonderful friendship with Tommy and will miss him. It feels appropriate that in his final months, he saw his beloved Dodgers win the World Series for the first time since his 1988 team. On behalf of Major League Baseball, I send my deepest sympathy to his wife of 70 years, Jo, and their entire family, the Dodger organization and their generations of loyal fans.”

A former player and manager, Lasorda was considered one of the most iconic people in baseball history. A Los Angeles sports legend, Lasorda was regularly seen behind home plate in his seat at Dodger Stadium, and he traveled to witness the Dodgers’ 2020 World Championship in Texas.

Lasorda was inducted into the baseball Hall of Fame in 1997. He is survived by his wife, Jo, their daughter, Laura, and granddaughter Emily Tess. 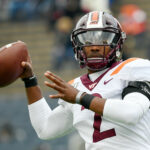 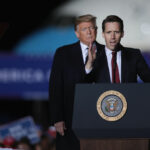