Number 162 is significant. It’s a threat to Michael Jordan, the most significant threat to Jordan’s throne on LeBron James’ resume.

I get it. It sounds a bit silly. How can passing the record of a journeyman NBA role player be a legitimate threat to the GOAT?

LeBron’s number 162 isn’t quite Hank Aaron besting Babe Ruth with number 715. The NBA did not authorize holograms of fans storming the court to circle the arena in celebration with LeBron.

One-sixty-two won’t go down in history.

But it’s the first number and accomplishment that I would use to argue that James is on Jordan’s level.

It’s a fair question. Pointing to Jordan’s six championship rings does not answer the question.

“It doesn’t happen without my teammates over the years, my coaching staff over the years,” James told reporters inside the Bubble. “Everyone from the top to bottom — GMs, owners, training staffs, ball boys, everything. Everyone has a hand in that because we’re all a part of the process and the success.”

For my money, John Elway is the greatest NFL player of all time, greater than Tom Brady. Elway could win NFL games with Clay Travis at wide receiver, me at running back and Stephen A. Smith calling plays. Elway dragged mediocre teams and a head coach who didn’t know how to exploit his gifts to three Super Bowls. Elway won two Super Bowls when the Denver Broncos made Mike Shanahan head coach and added Shannon Sharpe, Terrell Davis and Rod Smith to their offensive arsenal.

LeBron is the John Elway of basketball.

Playing in a weakened Eastern Conference for most of his career certainly has helped pad his win total. But that’s nitpicking.

For the most part, the NBA’s greatest winners did all their winning with one franchise. Duncan, Magic, Bird, Jordan, Kobe, Bill Russell and Isiah Thomas. And then there are the 7-foot forces of nature who win at the highest level at every location — Kareem, Shaq and Wilt.

LeBron James is a 6-foot-9 point forward who has the impact of a giant.

His playoff winning percentage (65.58%) is higher than Kareem’s and the highest of anyone with more than 129 playoff victories.  Yes, the expanded playoff format boosts James’ percentage and win total. First-round playoff series used to be best-of-five. Division winners used to get first-round byes.

Imagine Bill Russell’s playoff winning percentage (64.48%) had he been fed  a steady diet of best-of-seven series against eight seeds.

No matter, number 162 and counting speaks to LeBron’s sustained excellence. Let’s put the number in context and compare it to Kawhi Leonard, who is establishing a reputation as the NBA’s ultimate winner. Kawhi has won 75 percent of his NBA regular season games.

At age 28, nine years into his NBA career, Kawhi has 80 playoff victories.

LeBron may eventually set a playoff victory standard that will never be broken. In my opinion, that won’t make him the GOAT. But it will make it a more interesting conversation. 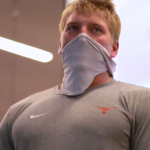 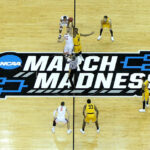