#FreeWoj has been trending on Twitter pretty much since immediately after Outkick first reported that Adrian Wojnarowski was suspended by ESPN for emailing “fuck you” to Senator Josh Hawley in response to an email about the NBA and China.

A number of NBA players including Lou Williams, Patrick Beverley, Enes Kanter, Anthony Tolliver, Jamal Murray, Spencer Dinwiddie, Myles Turner, and Bam Adebayo expressed their support with or in response to this hashtag, but nothing has been quite like LeBron James weighing in:

This wouldn’t be crazy in a vacuum right now. LeBron criticized Daryl Morey for speaking up for Hong Kong protestors (a tweet that, ironically in the context of this current story, Wojnarowski liked and cost himself considerable business in China) and is vocally anti-Trump. However, the fact that this happened considering Wojnarowski wrote a number of SCATHING columns about him years ago at Yahoo Sports is pretty astonishing for anyone who remembers reading them.

The enemy of my enemy, etc.

In case you’re somehow new to this story, Senator Hawley tagged Outkick in the tweet where he shared the photo of Wojnarowski responding “Fuck you”:

Woj apologized soon after the photo was shared:

ESPN was in an impossible spot here, and suspended Wojnarowski. With LeBron, a number of NBA players and even some colleagues like Jay Williams, Booger McFarland, and Maria Taylor tweeting in support of Wojnarowski over the past couple days, it is arguable that he will emerge from his suspension in a position of even greater strength after all this dust has settled. 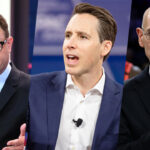 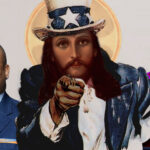