LeBron James is positioning himself for a presidential bid in 2028.

LeBron James looks at President Trump and wonders, “Why not me?” Kanye West had the same epiphany.

It’s ironic. The mainstream media propagandize the belief that the negative impact of “systemic racism” is at an all-time high while more black men and women hatch plans for the White House than ever before.

Netflix should launch a show, “Half White is the New All Black.”

I digress. LeBron James for president crossed my mind Monday after watching Cardi B, the stripper-turned-#WAP rapper, interview presidential candidate Joe Biden for Elle Magazine. The interview crystalized for me where we are when it comes to presidential politics.

Fame is America’s number one product, our greatest resource and most addictive and dangerous drug. We have forsaken substance for fame. Fame is cocaine. The smartphone and social media apps are the crack pipe and crack rock of cocaine. Fame is now cheap and accessible. There’s a fame trap house in every Facebook neighborhood. You can buy fame on every Twitter and Instagram corner.

In America, fame fig-leafs all sin. A few years ago, Cardi B stripped, sold sex and drugged and robbed her clients. Last week, she dropped a pornographic song and video celebrating Wet Ass P—y and explained in a profanity-laced street interview how women could avoid Dry Ass P—y. On Monday she interviewed Joe Biden.

CNN, without a hint of sarcasm, published a story about the interview that portrayed it as important outreach to black voters by Biden. Cardi B, real name Belcalis Marlenis Almanzar, is a Jamaican and Trinidadian mix.  In her thick Spanish accent, she told Biden:

Another Netflix show idea, “Spanish is the New All Black.”

Joe Biden isn’t famous enough to be president. At age 77, in the midst of the COVID-19 pandemic, he’s not mentally or physically strong enough to execute a traditional presidential campaign. He can’t risk engaging with the public or the media. He stopped by Cardi B’s trap house for a hit of fame. He limited his vice presidential search to women who could qualify as “New Black” to increase the novelty and fame of his candidacy.

Biden’s a fame whore, no different from Trump, Kanye, LeBron and everyone else.

Our addiction to fame respects no political affiliation. President Trump BFF Kim Kardashian rose to social media fame with a sex tape. Let me be clear. I don’t see Cardi B’s and the sins of the Kardashians any differently from Jay Z’s. Cardi B’s rise to respectability mirrors the path blazed by Obama BFF Jay Z and other male rappers who brag and bragged about selling drugs, robbery, murder and hedonistic sex.

By age 12, James might as well have been born on third base or sliding into home plate. Had LeBron James failed, he would be Michael Beasley, a journeyman NBA player who earned $40 million during his career. Like Trump, James believes his rise to fame and fortune is some sort of miracle that testifies to his intellect, determination and discipline. They can’t see the silver spoon.

What they can see are the endless opportunities produced by their enormous fame. Their ambition and ego goad them to be more than a real estate tycoon and more than an athlete.

LeBron James will run for president. And he’ll probably win. 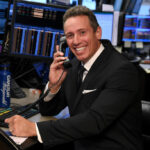 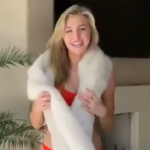