LeBron James has officially weighed in on the Brittney Griner case and if you thought King James would fire off a logical thought on the matter, you’d be wrong. The WNBA star is sitting in a Russian jail after pleading guilty to bringing cannabis vape cartridges and this case has LeBron’s head turned into a pretzel.

In a promotional video for an upcoming episode of “The Shop” where LeBron opines on race and everything else to do with race, he fired off a comment that should have talking heads…talking.

“Now, how can she feel like America has her back? I would be feeling like, ‘Do I even want to go back to America?'” LeBron said of Griner’s situation.

And what exactly would LeBron do to get Griner back as the U.S. supplies Ukraine with billions in military funding in its ongoing war with Russia and Vladimir Putin?

“The Shop” promo ends before we learn of LeBron’s solution to the problem.

This is LeBron’s chance to become a hostage negotiator and get Britt Britt home himself. Imagine the street cred Bron Bron would wield if he were to call up Chairman Xi in China to announce he’s been a good boy who never talks bad about the Chinese, but this time he needs a favor of bringing home Britt Britt.

You know, throw his weight around for once. Cash in some credits with the Chinese that have been building up. This is time for LeBron to tell Xi that he was a good soldier when Daryl Morey started running his mouth and now he needs a favor.

Jordan never brought hostages home, LeBron. This is your chance to one-up the guy and fire up new debates on First Take and the Skip Bayless show.

Your move, Bron. Bring her home yourself.

And while you’re at it, you should meet with the parents of the teenage boy who was murdered — his chest was caved in — by the alleged murderers in the parking lot of your Akron school. 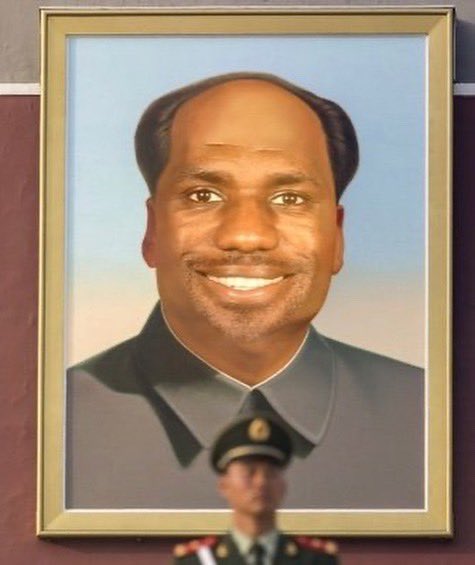