On Wednesday, via Instagram, James posted a picture of himself, shirtless, riding a stationary bike and wearing earbuds while reading the iconic book. On Thursday, following the Lakers 111-88 victory over the Portland Trail Blazers, LeBron carried the book into his postgame news conference. Bleacher Report’s Taylor Rooks asked James for his biggest takeaway on the book. You can listen to his complete response on Rooks’ embedded tweet below.

Here’s a bit of what James said:

Lebron is reading ‘The Autobiography of Malcolm X’ – I asked him for his biggest takeaway from the book. pic.twitter.com/s2OzUww3XD

James said this was his first time reading the book start to finish.

I’m wondering where did he start and when does he plan to finish. I’d love to talk with James about the book. I’ve read it start to finish three times. No book has had a more profound impact on my worldview than Alex Haley’s telling of the life of Malcolm X.

Hmm. The first half of the book focuses on the life of Malcolm Little, the child and man before his conversion to Islam and a one-letter last name. The first eight to 10 chapters detail the poor mental health of Malcolm’s mother, Malcolm’s three-year life with a white foster family, the Swerlins, his move to Boston with his sister, friendships with Sammy the Pimp, numbers runner West Indian Archie and Shorty, his white girlfriend Sophia, his fall into drug abuse, drug dealing and robbery and his subsequent 10-year prison sentence.

What book is LeBron reading?

The Autobiography of Malcolm X is one of the most powerful pieces of literature ever written. It goes to great lengths to explain just how far Malcolm Little fell before undergoing a religious transformation while in prison.

I’m a Christian. I disagree with the theology espoused by the Nation of Islam and find its demonization of Jews and white people reprehensible. But I will never deny that Elijah Muhammad’s religion transformed many career criminals into better human beings.  Malcolm X is exhibit A.

What book is LeBron reading?

Inauthenticity is my problem with LeBron. His headfirst dive into politics and social justice warrioring has made him as phony an athlete as we’ve ever seen. He’s a full-blown politician willing to say and do anything to advance an agenda.

After his servants told him vandals spray-painted the n0-word on the gate of his $20 million Brentwood, California mansion, the dude compared himself to Emmett Till’s mother. LeBron never saw the graffiti. Neither did police. LeBron’s servants removed it before police could investigate. LeBron was in Ohio at the time of the alleged crime. Emmett Till was a 14-year-old child brutally murdered in Mississippi. Spray paint is equivalent to murder?

Now LeBron’s life is dedicated to avenging the death of Breonna Taylor? Now he’s posing for pictures reading the Autobiography of Malcolm X?

Stop it. LeBron has more in common with Vanilla Ice than Emmett Till’s mama. LeBron is a studio social justice warrior. He’s dedicated to promoting the narrative that black people are perpetual victims incapable of sustaining themselves without the assistance of white liberals.

What book is LeBron reading? Malcolm’s thoughts on the Swerlin family directly contradict the narrative LeBron is promoting.

I’m tired of the media selling LeBron’s fraudulence. It’s all staged. No one inside the NBA’s China Bubble is authorized to question LeBron’s political posturing. Rooks and others pitch LeBron daily softballs.

I hope LeBron takes the time to read The Autobiography. I hope he engages in conversations with people who can help him find the deeper meaning of the book.

Malcolm’s life is a testament to the power of the human mind when it is inspired by religious faith. Malcolm Little was a depraved drug addict and criminal. Malcolm X — and later El-Hajj Malik El-Shabazz — was an intellectual force respected across the globe.

“The worst enemy that the negro have is this white man that runs around here drooling at the mouth professing to love negroes and calling himself a liberal, and it’s following these white liberals that has perpetuated the problems that negros have. If the negro wasn’t taken, tricked or deceived by the white liberal, then negros would get together and solve our own problems.”

Keep reading, LeBron. Start at page 1 and call me when you’re ready for a real discussion about Malcolm X. 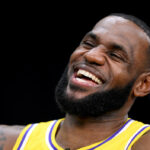 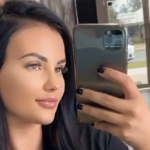