The Raiders have announced that they have hired one-time Jacksonville Jaguars head coach Gus Bradley to be the team’s new defensive coordinator.

Bradley was most recently the DC for the Los Angeles Chargers, who last week canned the entire coaching staff, including head coach Anthony Lynn.

In nearly four seasons as the head coach of the Jaguars, Bradley compiled a record of 14-48. He was fired with two games remaining in the 2016 season. The team was just 2-12.

Of course in true Raiders fashion, the team goofed up a tweet welcoming Bradley, tweeting out a pic of former Chargers offensive coordinator Ken Whisenhunt instead.

Bradley does have an impressive mark as a defensive coordinator in the NFL. Last season, the Chargers finished in the top 10 in total defense (343.4 avg.) and ranked ninth against the pass (223.6 avg.).

Bradley has worked with Raiders head coach Jon Gruden in the past. He served on Gruden’s staff in Tampa Bay back in 2006 and as the linebackers coach in 2007-08. 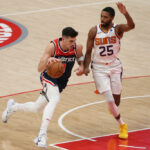 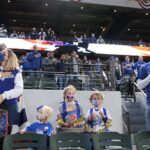