Larry King had a big surprise waiting for his estranged wife Shawn Southwick King when his will was presented. It turns out, he’d written Shawn, whom he was in the process of divorcing before his death, right out of his inheritance. King’s $2 million estate — more on that later — was to be split evenly amongst his children, according to a handwritten note that was written two months before the talk show legend filed for divorce from Shawn.

The divorce hadn’t been settled, meaning he and Shawn were still married when he died on January 23. Mrs. King is now saying Larry might’ve been pressured into writing her out of the money. She says the couple had a 2015 plan in place.

“We had a very watertight family estate plan,” she told Page Six. “It still exists, and it is the legitimate will. Period. And I fully believe it will hold up.”

As for why she’d worry about approximately $300k that she’d get from the estate, Shawn told Page Six, “It’s the principle.”

Now, keep in mind this is the same wife who, in 2010, was allegedly sleeping with a 31-year-old baseball coach/aspiring actor. The coach, Hector Penate, told Entertainment Tonight that the two had sex in Larry’s bed “a lot.”

Shawn denied the affair, but Penate told tabloids in 2010 that he believed their affair was payback for Larry having an affair with Shawn’s sister. Larry and Shawn filed divorce papers in 2010, but the two made up until 2019, when Larry was firmly fed up with his seventh wife.

In the end, the legend never did end it with Shawn, but he got the last laugh by leaving her with nothing. Shawn is now contesting the estate, and we’re about to have a court battle over the final scraps of Larry’s legacy. 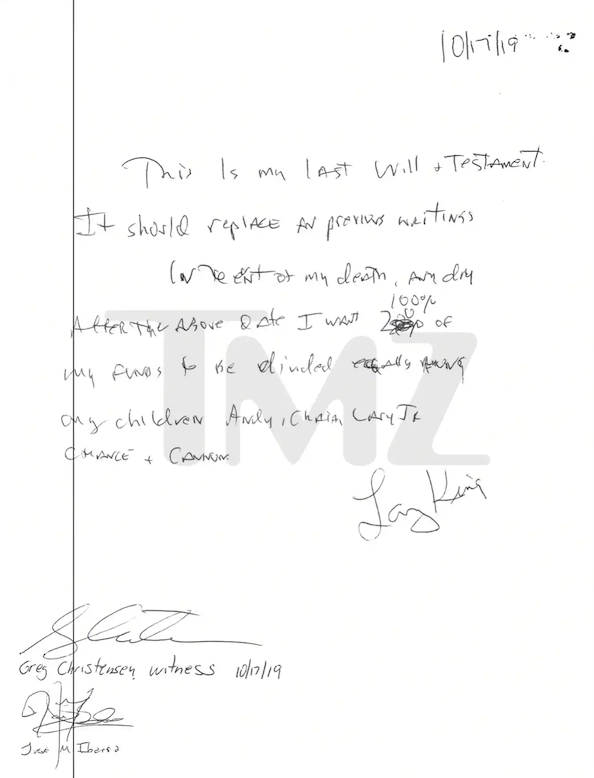 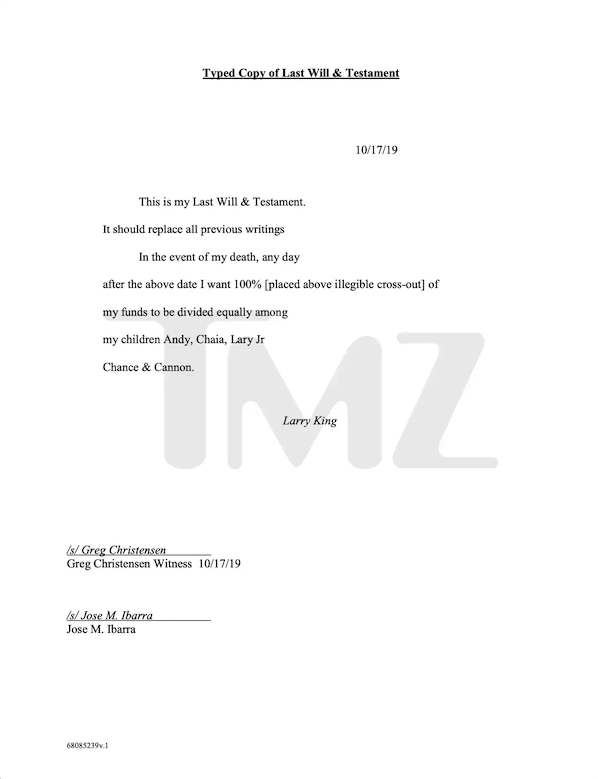