Lane Kiffin’s older, wiser, has more life experiences and says he’s ready to have a different SEC run with Ole Miss than the last time he was a head coach in the conference. In case you’ve been in a coma, I’ll let you know Lane had a 7-6 run at Tennessee in 2009, left under the cover of darkness for Los Angeles and Vols fans took to the streets after the big news. It was

Now 45, divorced with a couple kids, it’s time to finally settle into a job for a few years (unless he finds immediate magic at Ole Miss and then who knows what will happen), build a major program and continue the Lane SEC resurrection that Nick Saban can be credited with after rescuing Kiffin from a disastrous ending at USC.

“That was 11 years ago when I was at UT, and I’ve been through a lot since then,” Kiffin told the FOX Big Noon Kickoff guys this week. “I’d like to think for anybody whatever it is — work, parenting, whatever — you get better with experience. You go through so many situations that maybe you hadn’t before. It’s like being a veteran player. You should be better than year 11 than year one.”

It’s still hard to believe Kiffin got the Tennessee job at 33 after a bad ending with Al Davis and the Raiders after getting that job at 31. Kiffin’s had so many good jobs over the years that now he’s playing with house money and has the opportunity to go nuts at Ole Miss launching the ball all over the place at a school that hasn’t been to a bowl game in four seasons.

Now for the bad news: Lane doesn’t get any out-of-conference gimmes in his return to the SEC. I might be a conference outsider, but I know enough about the landmines he’s facing to know that 6-4 would be a huge success.

“There are so many sets of obstacles … not having the other games but also you’ve got the COVID-19 factor,” Kiffin added while talking to the Fox guys. “We lose kids — one day we might go into practice and we get a text from the trainer that three kids are down or three other close-contacts are down. We’re just trying to develop our entire roster, because I think you’re going to need it. Everyone wants to learn the playbook, lift weights and run really fast. Well, that’s great, but the biggest obstacle may be who is going to manage COVID-19 the best and have the least kids out each week.” 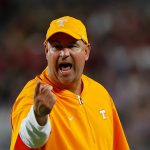 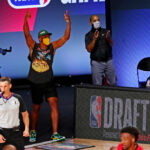