Harden coming aboard is going to add an interesting element to the team, but it will also leave a big question mark about what to do about point guard Kyrie Irving.

Irving has been away from the team due to “personal reasons,” but reports say he’s not happy about a number of things. Larry Brown Sports reports that the Steve Nash hire didn’t sit well with Irving, and that Kyrie’s relationship with fellow superstar Kevin Durant is “distant.”

Now with Harden aboard, it remains to be seen whether Irving eventually changes his tune and rejoins the team, or whether he’ll continue to use “personal reasons” as an excuse to stay away.

Irving was in the headlines this week, but not in a good way. He was spotted at what was believed to be a family party in Toronto, and now whenever he does come back, he might have to be quarantined before he’s allowed to take the court.

The point guard has been very good when he has played in the 2020-21 season, but the Nets are likely frustrated with the situation. Right now, they seem to be more focused on their new toy in Harden than worried about Irving’s unhappiness or his future with the team. 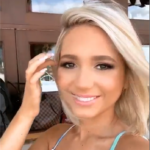 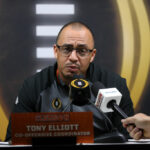