The Arizona Cardinals and Seattle Seahawks are both very much involved in the NFC West race. But facing off against one another on Sunday Night Football meant that one would have to lose.

Which team would it be? Well, after an epic back-and-forth that ended in overtime, the Cardinals came away with a 37-34 win to move to 5-2 on the season. The Seahawks, after several close victories in 2020, dropped their first loss of the season. They are now 5-1.

The storyline coming into this game was about the two starting quarterbacks. Russell Wilson and Kyler Murray have both been playing at a MVP caliber since Week 1 and both continued to play at or near that level during the game.

Wilson finished with 472 total yards (388 passing, 84 rushing) of offense and three touchdowns. Unfortunately, he also threw three interceptions, including one in overtime that gave Arizona a second chance at a game-winning field goal.

It was a costly mistake for the MVP front-runner, and Murray took full advantage of it. After helping the Arizona offense move down the field for a game-tying field goal earlier, Murray led two drives in overtime that were worthy of a win.

Fortunately for him, his kicker Zane Gonzalez hit the second one in overtime to seal the win. He missed one from 41 yards only minutes earlier.

Murray was magnificent for the most part. He did toss one interception, but he also completed 70.8 percent of his 48 attempts for 367 yards and three touchdowns. He also added 67 yards and a score on the ground.

According to most books, Murray was already a top five MVP candidate coming into Sunday night, but he might have helped his chances even more by going toe-to-toe with Wilson and coming away with a huge victory.

When asked about Gonzalez missing the first overtime field goal, Murray revealed that he always has confidence in his team and his teammates even when they aren’t perfect:

“Obviously, you’re disappointed when you drive down and miss a field goal,” Murray replied. “But I didn’t ever feel like we were going to lose that game. The whole mentality of the sideline was next man up, have our brother’s back, and that’s what ended up happening. Zane comes back and wins the game for us.”

Murray’s dual-threat ability has been on display all season, but it was his arm that made the most difference down the stretch. And with 1,854 yards and 13 touchdowns through the air to go along with 437 yards and seven scores on the ground, he’s certainly got people’s attention.

Will it ultimately be enough to make a push for MVP? That remains to be seen, but it was another step in the right direction. 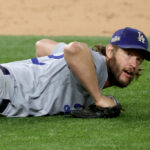 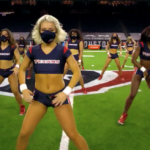