If you weren’t here Saturday morning, you missed the news that Instagram/Facebook changed its embed process for blogs, and the OutKick IT department now has some work ahead of them this morning as they work to get things fixed. I have heard your desperate pleas for the inspirational quotes brought to you by Instagram models via Morning Screencaps. I will fight for you. We will find a solution. I will die on this hill.

Speaking of a hill to die on, how about that NFC East hill that teams eager to die still can’t seem to climb? I’ll reiterate what I said Friday morning after the Eagles beat the Giants: a two-game winning streak will pretty much wrap up the division. The Cowboys travel to Philly Sunday night, and this game will pretty much decide the division. There’s a good chance the Cowboys will field a third-string quarterback if Andy Dalton’s red melon doesn’t pass concussion protocol. I’ll have to check with the salary cap experts out there to see if there’s a way Jerry can trade for Ryan Fitzpatrick.

Here’s something else to blow minds at the watercooler this morning — the Chicago Bears now have an 87% probability of making the playoffs. Ponder that for a minute. Meanwhile, Sunday’s win for the Browns was huge. They’re now at an 80% probability of getting in via a Wild Card.

Finally this morning, Todd Gurley knows he screwed up against the Lions. “I was mad as hell,” Gurley said of his TD run that left too much time on the clock for Matthew Stafford to go down and throw a game-winning TD. “I tried not to,” Gurley added. “I’m man enough to take the responsibility. I shouldn’t have scored.”

Let’s have a great week and fun with Halloween activities. My kids are jacked up to go hunt down that candy for me.

Brady did it in Super Bowl XLIX … in University of Phoenix Stadium, where Murray just completed his comeback

Dodgers fans are FIRED UP 😂 pic.twitter.com/D37dBedciM

😱Margot just tried to steal home and is called OUT!

This speed — and effort — from DK Metcalf is incredible here. pic.twitter.com/ZuxJ1vRlBq

"Everybody but the center" pic.twitter.com/pp7AtGAd8R

me trying to insert my debit card in the ATM without opening my car door pic.twitter.com/QYkGaxQ8md

⁦@JoeKinseyexp⁩ do you know someone who will let me take the under? pic.twitter.com/0P33WwFnZj

Auburn catches another huge break as the kickoff looks like it hits Shaun Shivers’ pinky and rolls into the endzone. It is called a touchback and replay does not review. #AUBvsMISS pic.twitter.com/IprB4MzICy

Here is a better pic of it. Lmao pic.twitter.com/baTVFTDO6Z

When Michael Waltrip narrates your game of “Oregon Trail.” pic.twitter.com/XTQh0E86sf

Waking up Sunday vs. 5 mins after kickoff pic.twitter.com/e9jV7pzuRf

This is Percy. Sometimes his ears dip in his water bowl, but that’s okay. 12/10 would hold them back for him (IG: percythebassethound) pic.twitter.com/23dhp1YRQj 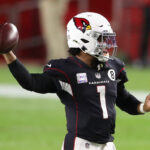 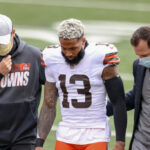