Hendrick Motorsports announced Wednesday it has hired Kyle Larson to drive its No. 5 Camaro. Larson, who was dropped by Ganassi Racing for using the n-word during virtual race last April, spent the rest of the racing season dominating the sprint car circuit.

“My goal is to win races, be a great teammate, continue my personal efforts to grow, and hold myself to that high standard personally and professionally,” the 28-year-old Larson said in a statement. “Making the absolute most of this platform and the opportunity in front of me is my focus. I know what’s expected of me and what I expect of myself, on and off the track.

“Kyle is unquestionably one of the most talented race car drivers in the world,” said Rick Hendrick, owner of Hendrick Motorsports. “He has championship-level ability and will be a significant addition to our on-track program. More importantly, I have full confidence that he understands our expectations and will be a tremendous ambassador for our team, our partners and NASCAR. Kyle and I have had many, many conversations leading up to today’s announcement. I’m confident about what’s in his heart and his desire to be a champion in all aspects of his life and career. Kyle has done important work over the past six months, and Hendrick Motorsports is going to support those continued efforts.”

Bob Pockrass of Fox Sports reports that Cliff Daniels will serve as Larson’s crew chief. Daniels is the current crew chief of Jimmie Johnson, who will retire at the end of this season. Hendrick also announced today that it will not field a No. 88 car in 2021. In 1984, No. 5 became the first car fielded by Hendrick Motorsports. It was driven by Geoff Bodine.

“The ‘5’ is special to me. It’s the original,” Hendrick said. “I view it as Hendrick Motorsports’ flagship team in a lot of ways. To bring the car back to the racetrack is meaningful for my family and for many of our team members and fans. We plan to build on its winning history with Kyle and Cliff.” 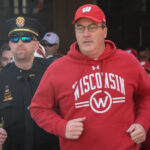 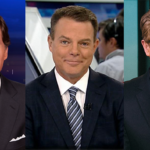