New York Knicks forward Julius Randle looks like he’s headed out of town, at least according to Knicks Fan TV. Off-seasons in NYC are usually filled with dreams of luring superstars, but the team’s new method might finally land them a point guard.

The Knicks’ number one priority this off-season is to trade Julius Randle, per @KnicksFanTv pic.twitter.com/UHVwZddIpZ

Rumors are that a trade for Mike Conley with the Utah Jazz could be a match made in heaven. The Knickerbockers would finally land a point guard worth a rip, while giving Utah an escape from that $34.5 million salary. The deal makes perfect sense for the Jazz to want to unload money considering the extensions due for star guard Donovan Mitchell and big man Rudy Gobert.

Getting big time free agents like Anthony Davis and Brandon Ingram(kinda big) to consider Utah in free agency is like asking the Prom Queen to dance. Will literally happen never and until Utah or even the Knicks want to ask the big stars to tango, they’ll have to figure out what the hell they’re doing with their current rosters.

At least New York seems a bit more self aware than last year when they insisted their big plan was to simply ask players to come. No one’s trying to come to NYC to be the scapegoat, so trading Randle and potentially getting a solid point guard in Mike Conley would to be a step in the right direction. Less hoping and asking, more doing.

Looks like this deal is picking up speed 👀..#KnicksFix🏀💯 pic.twitter.com/t828HeipCC

If GM Scott Perry took a look at Knicks Twitter, he would see the level of desperation in the fan base. Desire to trade for a 35-year-old Chris Paul seems to be met with no resistance. That’s how bad it’s been.

Step in the right direction

Moving Julius Randle and that abomination of a 3-year, $63 million contract is a sign of maturity. No longer satisfied with signing guys to unwarranted contracts and now pushing for talent that fits.

Can’t have a million power forwards in a guard’s lead and expect anything less than a dumpster fire.

A motivated trade partner and Utah checks every box the Knicks need to get a deal done. Would never say anyone felt bad for Knicks fans, but they need a break. Trading for Mike Conley just might give them SOME hope at MSG. 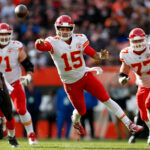