As the father of two boys, 9 & 5, I can completely understand the pain this father must’ve felt Monday night when his preschooler launched a foul ball back on the field at Pac Bell Park. You want your son to have that souvenir the rest of his life as a reminder of that early August night at the park when dad decided to stay until the bottom of the ninth and it paid off with a foul ball.

This young fan wanted absolutely nothing to do with that baseball 😂 pic.twitter.com/5X4YyCCEYa

Let’s analyze this story for a minute:

• Dad refuses to go home even with the Dodgers up 7-2 in the top of the 7th only to tack on a run in the top of the 9th. And I know these details thanks to the handy new feature on OutKick where we have the scores right there on the homepage for you guys.

Just look at how pretty this is! 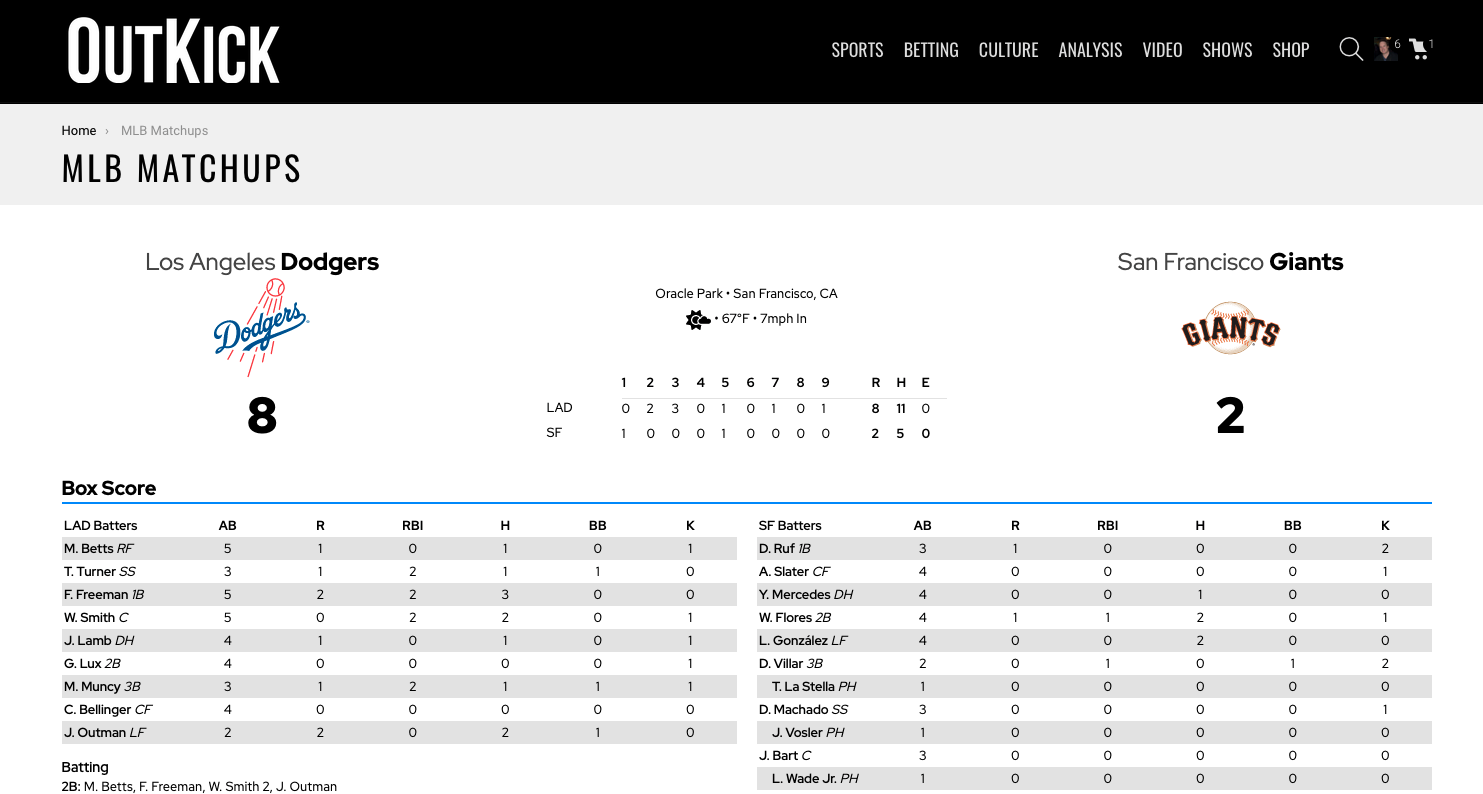 • This speaks volumes about dad. He wants his son to remember that it’s not over until that last out.

• Dad is disappointed in his son throwing back the ball, but this is actually where he should be encouraged. That boy is approximately four years old with an absolute cannon. Watch that form.

• Dad has been working with his boy on the arm. It’s closer material, pending a future Tommy John surgery followed by a rookie ball rehab stint. One thing leads to another and he’s throwing 104 and making $40 million a year closing for the hated Dodgers, but money will make you forget this Giants.

• I love the attitude on the kid. Did he show remorse to his father? Zero. He’s clearly hungry to take the next step and maybe dabble in some travel ball. Perhaps a cross-country trip to Cooperstown to play in one of those travel ball camps where parents pay thousands to hang out in a pretty cool location for a week in the summer. Dads suck down drafts & moms go on scenic drives with their baseball mom girlfriends.

• All in all, dad should chalk this night up as a win for father and son. This viral moment actually plays well for both sides going forward. Dad has content to show his text group and the son has footage of his arm for travel ball scouts.