Live TV is hard, and this is especially true during the pandemic when people are looped in via Zoom or other video chat programs from all over the place. Perhaps due to some technical difficulties, an awkward segment happened earlier this week on The Jump where Victor Oladipo, and whether he will return to play for the Pacers this season, was a topic of conversation. Kendrick Perkins made his point that Oladipo should play, Paul Pierce said that he agreed, and then there were about 20 seconds of dead air:

'The Jump' with some hard-hitting analysis 😂 pic.twitter.com/vQIr6i6iam

Pierce was probably supposed to give a longer answer. It’s possible if not probable that at that point Rachel Nichols couldn’t hear them with her technology in the Orlando bubble. Or, maybe the segment was supposed to cut out earlier. Whatever happened here, it goes on the proverbial blooper reel — one day, the three of them will look back on it and laugh. 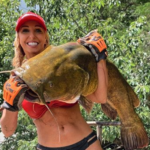 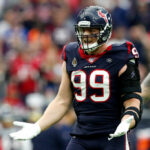