It was the beginning of a new era last night, as legendary Jeopardy! super champion Ken Jennings took over as the first guest host of the TV quiz show following the passing of even more legendary host Alex Trebek.

Jennings was introduced in the same way Trebek had been introduced for so many shows, so many years.

Before heading to the lectern, Jennings paused and addressed the loyal Jeopardy! viewing audience:

“Sharing this stage with Alex Trebek was one of the greatest honors of my life,” Jennings said.

“Not many things in life are perfect, but Alex did this job pretty much perfectly for more than 36 years — and it was even better up close,” Jennings said. “We were dazzled by his intelligence, his charm, his grace — really, there’s no other word for it.”

“Like all ‘Jeopardy!’ fans, I miss Alex. Very much. And I thank him for everything he did for all of us.

“Let’s be totally clear: No one will ever replace the great Alex Trebek, but we can honor him by playing the game he loved.” 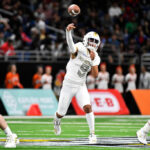 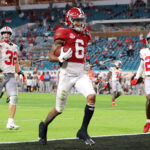