As The Wire’s Omar Little said, “You come at the king, you best not miss.”

Barstool’s Kayce Smith found that out the hard way Tuesday when she had Outkick’s Jason Whitlock on her Sirius program, “The Dime Package.”

Seems Smith was (initially) upset over Jason’s column about ESPN’s Maria Taylor, which included a side swipe at ESPN’s Katie Nolan:

Beauty, most especially in television, has a privilege that trumps virtually all other privileges. Beauty intoxicates TV executives, bloggers and journalists, and it masks a lack of accomplishment, qualifications and skill. Beauty transformed Katie Nolan from bartender to seven-figure personality, Emmy Award-winner and the darling of aroused bloggers and TV critics willing to ignore her pedestrian humor and inability to execute live television.

Jason followed it up with this column, further incurring the wrath of Smith and her social media posse. But the coup de grace (before today) was this tweet:

Inevitably, it came down to Jason getting invited onto Smith’s Sirius broadcast, and it turned out pretty much how you might expect.

And the Internet agrees.

… and on like that. You’ve got a phone. You can find the rest on your own. Bottom line? Smith knows that she looks good, but she does not understand this interview does not. 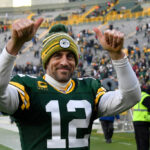 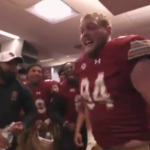