ESPN’s Katie Nolan has locked her Twitter account after Outkick’s Jason Whitlock dropped a neutron bomb after she came at him unsolicited. She took offense to what Whitlock wrote over the weekend about hopping on the beauty train to success.

“Beauty transformed Katie Nolan from bartender to seven-figure personality, Emmy Award-winner and the darling of aroused bloggers and TV critics willing to ignore her pedestrian humor and inability to execute live television.

Whitlock responded with today’s neutron bomb and Nolan instantly went into lockdown mode as the return fire started to come in.

Surely the Katie Nolan blue checkmark friend brigade will come to her defense while the Twitter lockdown remains in effect. Stay tuned. 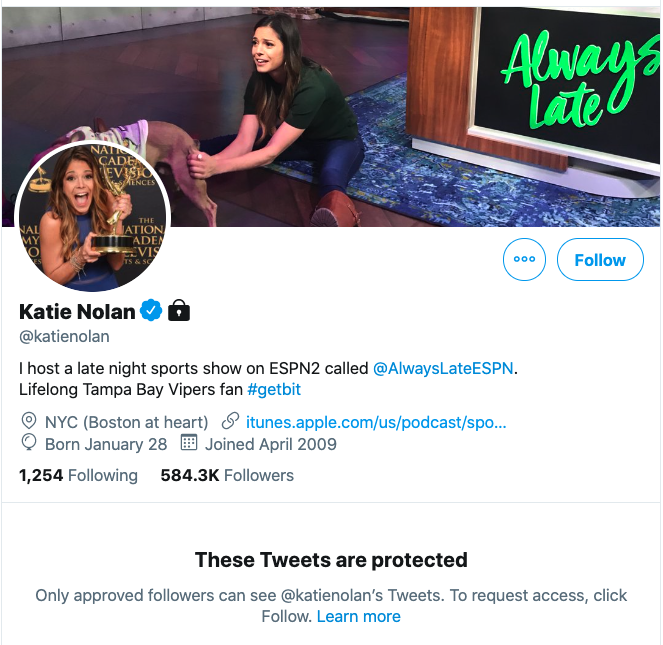