There are woke all-star Elite 8 ass stompings, and then there’s the bloody knockout Karen Rovell delivered to Pat Forde, the No. 1 seed out of the Nonbinary Region. Coming into this coronabro heavyweight, Rovell was a clear Vegas favorite, possibly due to a seeding issue by the committee.

Rovell, who doesn’t give himself a chance against Dan Wolken, Jemele Hill or Keith Olbermann in the Identity Politics Final Four, has been an absolute machine during the regionals. He opened the Sweet 16 by destroying ESPN’s Domonique Foxworth and did the same to Pat Forde, who made sure to celebrate NCAA coaches being eliminated because they were loose with their masks.

Perhaps Rovell’s name brand is just so valuable that it trumps even the craziest of ideas, such as keeping tabs on which NCAA coaches don’t wear their masks correctly in Pat Forde’s eyes. That’s just how strong Rovell is in this competition, but now come the big dogs. He’ll face Wolken and then a possible showdown with the titans of woke, either Jemele or wacko Olbermann.

Next up: Olbermann vs. Mike Florio and Jemele vs. Max Kellerman. Vegas feels pretty confident in how these two battles will end. 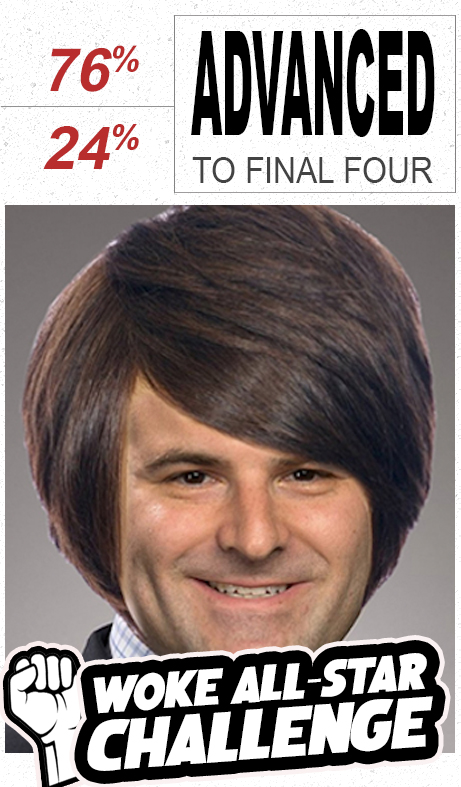 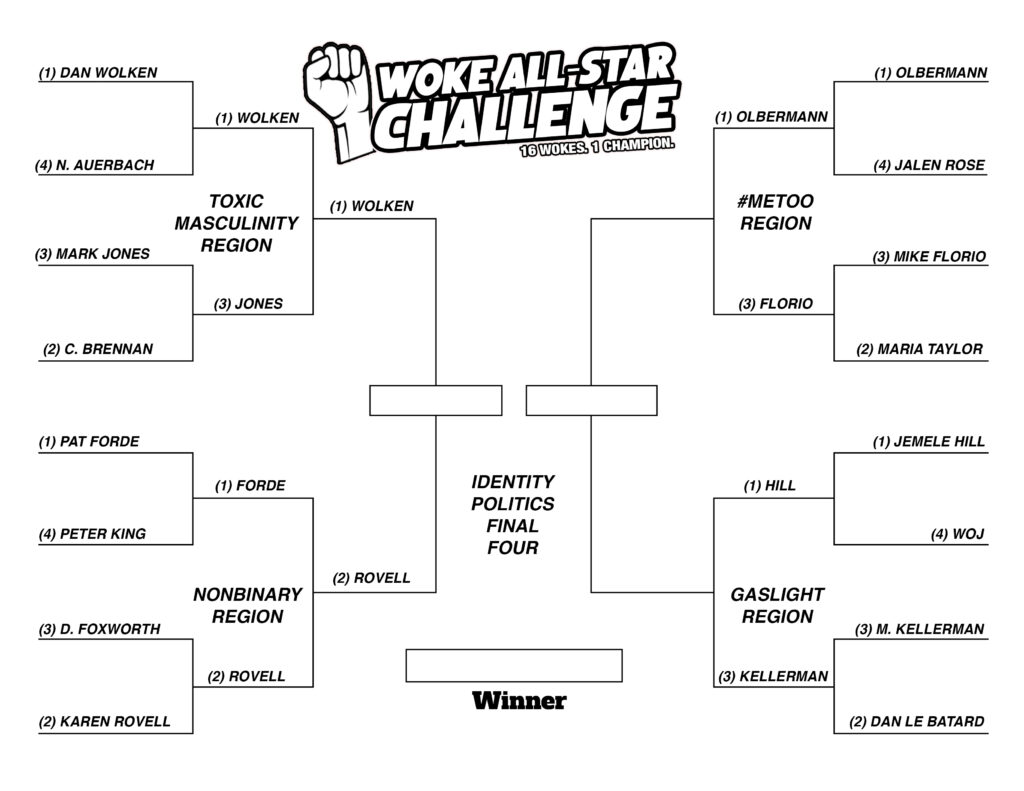