Some guys pop the question during a big staged production at a football stadium and have everything perfectly set up by a designer so the engagement photos look amazing on Instagram. Then there are guys like Southwestern College (KS) offensive coordinator James Bauer, a regular guy just living life as the majority of us regular people. He threw all the Instagramming garbage out the window and got down on a knee after his offense put up 502 yards on visiting Tabor College in an opening night 41-21 victory.

Then he asked his girlfriend, Makenzie, to marry him. “THE MAN I’VE PRAYED FOR SINCE I WAS A LITTLE GIRL ASKED & I SAID YESSSS!!!!!,” Makenzie tweeted after the big moment.

Bauer didn’t reveal what would’ve happened Saturday night if the Moundbuilders would’ve lost, but now none of that matters. He was carrying a ring and a 1-0 record. It seems Makenzie never saw the proposal coming.

“I wanted to be surrounded by the people I care about most when I popped the question,” Bauer said of the big moment. “Thanks for making the day even more special guys! Love you all!!”

Take that Trevor Lawrence and your engagement that looked like it came straight out of a brand marketing meeting. Bauer put his life on the line to ask his girlfriend to marry him in front of his players. There’s no recovering if this goes bad. He would’ve had to leave Southwestern College in shame.

We’ll ignore the fact that you both went to the rival school up north.

Congrats to Coach Bauer and his new FIANCÉ!

I wanted to be surrounded by the people I care about most when I popped the question. Thanks for making the day even more special guys! Love you all!! pic.twitter.com/vN4feUf1kb

Happy Birthday to the most selfless, hardworking, handsome, & incredibly sweet guy! May your birthday bring you as much happiness as you bring me. I love you 3,000. 🤍 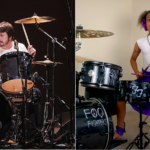 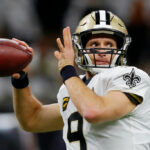