Milwaukee Brewers closer Josh Hader is a true family man. He announced earlier this week that he is stepping away from the team to care for his wife, who has had pregnancy “complications.”

Brewers manager Craig Counsell announced on Monday that “Josh’s wife has had complications with her pregnancy, and they are at a stage where Josh did not feel comfortable leaving.” 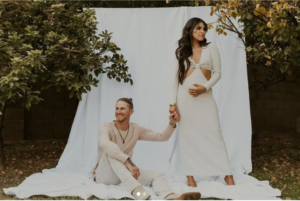 And stepping away at this particular moment is no small sacrifice, as Hader is having a tremendous season so far. According to the New York Post, Hader has 15 saves, 21 strikeouts, and has given up just two hits, five walks and no runs in 13.2 innings.

Several months ago, Hader had announced on Instagram that he and the Mrs. were expecting a baby boy in July.

“Whenever we talk about Josh, it’s like how is he gonna get better — and he finds a way to get better,” Counsell said last week on MLB Network. “And that’s just a credit to who he is as a baseball player, and how he’s curious to get better.

“If anything he’s putting pitches exactly where he wants them. I feel like the way he’s training and preparing himself, he’s just locked in when he steps on the mound. His velocity is as good as it’s ever been. He’s just in a great place, and he keeps finding a way to be a little more consistent, be a little better in this area or that area, and it leads to some incredible results.”

Our prayers and best wishes to Hader, his wife, and their unborn son during this time.