Twins third baseman Josh Donaldson was thrown out of today’s game by home plate umpire Dan Bellino AFTER he hit a homer.

This has to be the most epic ejection ever!

After a questionable strike call, Josh Donaldson LAUNCHES a dinger ON THE NEXT PITCH, then covers home plate with dirt and gets tossed by the home plate ump 😂😂

If you’re wondering if you’ve ever seen a player do this before, don’t because it happened ONCE in 1978. No better way to send a message than telling the umpire he stinks after hitting a bomb. Most of us can’t stand the umpires so this one felt good.

Important to note: George Brett was ejected after homering on July 24, 1983 – the “Pine Tar Incident.” The Royals protested this game, Lee MacPhail upheld the protest, and the homer eventually counted… so technically JD is the first since Brett… kind of, sort of, not really. https://t.co/iYw3ZCczTC

Donaldson’s “Bringer of Rain” nickname was earned from being a complete psychopath on the baseball team. His teammates love him and in turn fans got behind him in Toronto, Atlanta, and Minnesota. 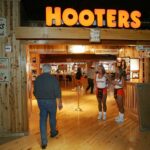 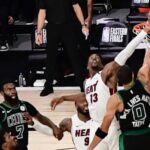