Jon Rahm had an excellent Friday at The Masters and Bryson DeChambeau … not so much. DeChambeau, who entered the tournament as the odds on favorite, struggled so much on the second day that he was in danger of missing the cut this morning.

Rahm, who is currently tied with Dustin Johnson leading the odds to win the tournament at +450 on FanDuel, was asked a question about DeChambeau, and had a distinct answer:

Q: Were you involved in the search for Bryson's ball at all?

The question probably referred to DeChambeau’s meltdown on the third hole, but that’s a pretty funny response from Rahm. 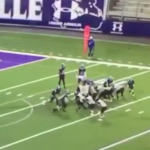 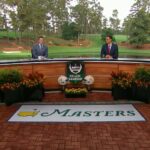