James Harden’s comments that his team, the Houston Rockets, are “just not good enough” after the team’s second consecutive blowout loss have spread throughout the NBA.

“I love this city,” Harden said after Tuesday’s loss.

“I mean, this situation is crazy. I’ve literally done everything I can. I don’t think it can be fixed.”

Everyone knows that Harden isn’t happy in Houston and wants out, but a lot of his teammates do not feel the same way.

One teammate who is speaking out about Harden is John Wall. Wall openly discussed how difficult it has been to develop an on-court relationship with Harden.

“It’s only been nine games. Come on, man, you want to jump off the cliff after nine games?"

Wall’s comments could eventually spell doom for the Rockets, who have struggled out of the gate. With a 3-6 mark, they are in 14th place out of 15 in the Western Conference .

“When you have certain guys in the mix that don’t want to buy in as one, it’s gonna be hard to do anything special as a basketball team. …It hurts,” Wall said.

Expect wholesale changes in Houston if they can’t get these two on the same page. The team will probably try to deal Harden and get him out of their hair. 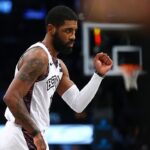 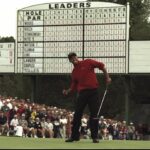