While the media dissected every word from President Donald Trump’s NBC town hall, it missed a note from ABC’s head-to-head broadcast. Joe Biden was asked about police reform — then struck out swinging with a response.

Biden, again, said if police are to shoot, to aim toward the leg.

“There’s a lot of things we’ve learned and it takes time, but we can do this,” Biden answered. “You can ban chokeholds … you have to teach people how to de-escalate circumstances. … Instead of anybody coming at you and the first thing you do is shoot to kill, you shoot them in the leg.”

He actually started off strong there; too bad he kept going.

Like that last time Biden recommended this, law enforcement experts crushed him. Officials explained to Fox News that shooting someone in the leg is not safer than the trained “center mass.”

Due to a femoral artery in the nearby thigh, a leg shot is incredibly fatal.

Vice president of the national Fraternal Order of Police, Joe Gamaldi, adds police only hit the target half the time.

“Shootings are dynamic situations and we shoot to stop the threat,” Gamaldi says. “It’s incredibly difficult to hit a moving target.”

He went on, “by aiming at legs we are much more likely to miss and we already only hit roughly 50% of the time.”

“Biden is clueless. And I know he’s just trying to appease his left-wing base but it’s a really foolish statement.” Evans referred to Biden’s idea as “absolutely ridiculous” and “incredibly ignorant.”

Biden first pushed “shoot ‘em in the leg instead of in the heart” in June. Perhaps, this time he gets the point: it’s not plausible or less lethal.

Just don’t expect Kristen Welker, with the three letters NBC in front of her name, to ask during this Thursday’s debate. 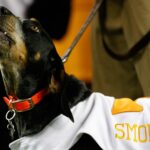 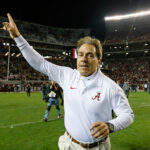