Here’s what LeBron James, Colin Kaepernick, Megan Rapinoe and all the social justice reformers can do to legitimize their national-anthem kneeling, ‘I Can’t Breathe’ T-shirts and virtue-signaling tweets:

Demand Nike, Adidas, Under Armour, etc., bring a significant portion of their manufacturing jobs back to the United States.

I don’t trust athletes and celebrities to fix the criminal justice system, community policing or other problems well outside their area of expertise.

I’m a very simple man. When I have a back problem, I call a chiropractor not a veterinarian. When I have the itch to gamble, drink and flirt with debauchery, I fly to Las Vegas not Salt Lake City.

We’re making a mistake allowing athletes and celebrity influencers to set the agenda for the kind of reform and change we want to see in America. Professional athletes and Hollywood elites answer directly to their corporate overlords. They’ve lived inside an elitist bubble since they were teenagers and they don’t care to know what they don’t know.

They’re paid handsomely to represent the desires of corporate America.

The whole LeBron James-inspired obsession with being “more than an athlete” is a strategy to separate LeBron’s business from his alleged virtue.

LeBron James’ primary employer is Nike, not the NBA. LeBron’s shoe contract is worth more than $1 billion. Every calculated move LeBron makes related to social justice reform — from the Ahmaud Arbery tweets to the Equality T-shirts to the school his foundation partially funds to his decision to remain silent on the Hong Kong protesters — is made with Nike in mind.

What’s good for the NBA, the NFL, Major League Baseball and the great mass of people is an afterthought.

Racial unrest in America leading into this presidential election cycle is good for Nike and great for Nike’s primary business market, China. Nike and China are aligned in their dislike of President Trump and his America First mantra.

Trump’s mantra is a call for U.S.-based companies to return manufacturing jobs to America. Nike and China preferred President Obama’s globalist agenda and the Trans-Pacific (Trade) Partnership Obama promoted at Nike’s headquarters in May 2015.

As I have stated in previous columns, I do not vote and I have not involved myself in politics. But I will admit President Trump’s America First mantra is consistent with my values. Let me explain.

My mother, grandmother and father are the three most important people in my life. My mother raised me. My grandmother brought me to Jesus Christ. And my father molded me in his image.

I spent virtually all of my formative years surrounded by union factory workers. The patrons at my dad’s bars were my heroes, my adopted aunts and uncles and friends. Every bit of success I’ve had in my life I can directly trace to the values I was taught at home, at church and at my dad’s bars. The values are working class, straight from a factory assembly line.

Global corporations have shipped the values taught and the opportunities provided by manufacturing labor overseas.

My dad didn’t graduate high school. My mom started working in a factory shortly after graduating high school. On the back of factory labor, they raised two sons who graduated from college, have never been in legal trouble, built professional careers  and own homes. That’s the American Dream.

That dream has to be available for adults with little interest in college and even less interest in the debt that goes along with a modern college education. American unskilled labor needs their path to the dream restored.

They also need a stronger voice. The absence of manufacturing jobs has created an imbalance of power. When labor unions were strong, the working class had a powerful voice in the direction of the country. Now the working class is dependent on celebrity and Ivy League elites to speak for them. It’s unfair.

Intellectual, tech-savvy, common-sense-and-life-experience-deficient clowns have too much unchecked power. They collaborate with athletes and celebrity influencers to mislead the public.

Despite being from blue-collar Akron, LeBron James has been pampered since he was 12 years old. He can’t speak for the black factory workers who frequented the Masterpiece Lounge, the bar my dad owned the last 25 years of his life.  Neither can Colin Kaepernick. He barely speaks for himself let alone for manufacturing workers of any race.

What LeBron and Kap can do, if they want to use their voice and platforms in a meaningful way, is demand that Nike build manufacturing plants in Akron and Oakland.

Nike and LeBron ask working-class and poor American kids to shell out $200 for a pair of custom “Equality” shoes that are made in Asia using slave labor. Imagine the transformative power if those shoes were made in Akron using union labor. Partially funding a school in Akron is terrific. Pressuring Nike to empower working-class American parents and families would do more to holistically improve the entire community.

My generation lived this experience.

Nothing imbues confidence in a man or woman more than the ability to provide for themselves and their families. Nothing limits the ability of anti-black racism to negatively damage black people more than a good job, health benefits and self-sufficiency.

A job at a living wage does far more good than a tweet, a T-shirt, a knee or building a brand holding a megaphone at a Black Lives Matter protest.

The shoe companies, the public relations advisors and the major talent agencies intentionally push the athletes to lean into meaningless gestures and branding opportunities that enhance business rather than challenge the corporatocracy.

The woke media celebrating the gestures have relationships with the shoe companies, and many of them are represented by the same agencies and PR firms. The elites are selling the working class a faux justice revolution with a one-way revenue stream.

You should ask for a cut of the action. Demand that LeBron and Kap ask their primary employer, Nike, to really ante up for social reform.

Jobs Over Gestures. Let’s make that our new slogan/hashtag. #JOG. 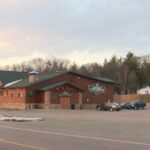 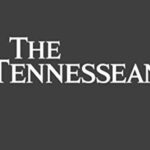