Jim Nantz had a plan to retire from broadcasting the Masters on April 8, 2035, giving him 50 years of calling the tournament, but those plans have now been put on hold. Nantz told Front Office Sports he’s now shooting for an even longer career as the voice of The Masters on CBS. It’s 2020, and Nantz, 61, knows the next 15 years will blow by fast.

“But here we are all of a sudden, and that’s now well within sight. I’m feeling really young. Got a couple of young kids who are 4 and 6 years old. That date is way too close for me to be talking about retirement. So I would like to push it out for another, who knows, several years at least.”

“I don’t want to let go of it. So scratch the retirement talk in ’35. Let’s just see how long we can go,” he told Front Office Sports.

Nantz is pretty much telling us that he wants to put the record of Masters broadcasts so far out of reach that nobody will ever reach it. Nantz started his Masters broadcast career at 26 by calling the action during the 1986 tournament. Try naming another 26-year-old broadcaster who has had the opportunity to call golf tournaments. It doesn’t happen, especially on CBS. Especially for the Masters.

Nantz was 26 when he recorded this. Smooth: 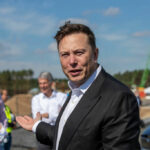 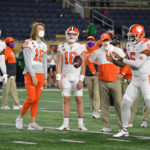