Jesse Watters, host of The Five and Watters World on Fox News, stopped by for a conversation with OutKick.

We discussed his career, the state of America, our cultural disconnect, his new book, and much more.

Bobby Burack: You just finished your new book, How I Saved The World. I’m three chapters in. How has this country evolved between the start of your career and now?

Jesse Watters: The book really goes back to the beginning of my career. I’ve been at Fox for almost 20 years. In 20 years, there’s been a lot of changes. Changes in the country, in the White House, in media, and in culture. My adventures in these last two decades are incredibly fascinating, and a lot of these adventures involve me going to these liberal bastions like San Francisco, nude beaches, Martha’s Vineyard, Washington, and college campuses.

I had to stop doing the street packages during the Trump era because there was too much hostility, especially in Manhattan. I was unable to finish shoots because people would scream and yell and interfere and get aggressive. It just wasn’t worth it. But we’re bringing those back now. I don’t know if you’ve noticed — well, maybe you have — but we’re bringing the Man on the Street practice back on Watters World.

I’ve observed liberals in their natural habitat and really discovered who they are as a species. I understand their insecurities, their inadequacies, their fears, and their shame. They project their guilt onto other people to stay relevant and control everybody else to make themselves feel better.

In the book, we analyze that and have some fun with that. We go back and talk about all the media warfare that I was involved in. A lot of the ambushes we did involving rape hoaxes and racial hoaxes and confronting judges who gave soft sentences to sex predators. Some of it’s fun, some of it’s pretty hardcore.

Burack: There has always been a divide on the issues you write about: race, religion, hate, politics, and DC. But why are these issues so much more noticeable today than they were in years past?

Watters: There’s a Gallup poll that has always asked about race relations in this country. Race relations were always very good. Within the last couple of decades, around 60% to 70% of blacks and whites gave them a positive review. Then in 2014, right around the time when Barack Obama was president, with “Hands up, Don’t Shoot” and lies about police conduct with black Americans, the trend line of race relations nosedived. And that was the Ferguson Effect.

The left is putting fear into the black community that Republicans and whites want to put them back in chains, which is obviously a lie. And they use the weapon of race to make whites feel guilty about things that happened 150 years ago, things that they have nothing to do with.

That’s why we are in a place today where people feel scared and guilty. This is completely media-driven. Bobby, you know this better than anybody because you talk to a lot of people: it’s done for profit and power.

Whites and blacks don’t really hate each other. Go to a bar. There’s not this hate we are told.

Burack: You mention “Hands up, Don’t Shoot” and using race for profit and power. To me, you just described Benjamin Crump, the civil rights attorney who worked on the Trayvon Martin, Michael Brown, and George Floyd cases.

Watters: So, I’m not going to say that Benjamin Crump is an evil guy. He obviously believes in racial justice and believes what he’s doing is right. But he’s made a fortune flying into these places of racial conflicts. Al Sharpton used to do that. Jesse Jackson used to do that. The Squad has gained a lot of attention and notoriety, a lot of power from weaponizing race. Stacey Abrams has done it very effectively — I think she’s got a million-dollar real estate portfolio now.

There’s a whole financial incentive for racial division. CNN gets big ratings when there are racial controversies. That’s a big profit for them.

So there’s just a lot of money to be made on division in this country, especially on race. It’s not actually helping black Americans. It’s only helping the racial hustlers that scam and profit from it all. None of that money or any of that justice ever gets to where it needs to be in the black community, and that’s sad.

Burack: I would say Crump is evil.

What are average Americans really concerned about right now? It’s not what Big Tech and politicians lead us to believe they care about.

Watters: You are right. There’s such a big disconnect between the political class and the interests of your average, middle class American.

Average, middle class Americans care about few things: their bank account, their property, their house, their yard, their rent or their mortgage. They care about their cars and gas prices. And that’s something that the politicians don’t understand. When you go from $2.50 a gallon under Trump to $3.50 a gallon under Biden, that takes a big chunk out of your debit card. For people making between $45,000 and $90,000 a year, that’s rough.

Wages are also a concern for the average American. Illegal immigration really depresses wages. Why would you pay an American contractor for a job when you can just hire an illegal immigrant contractor to do the exact same job for 50% less cash off the books? So that really takes jobs and wages away.

Americans care about the issues that impact their everyday lives, not global warming. They care about kitchen table issues. 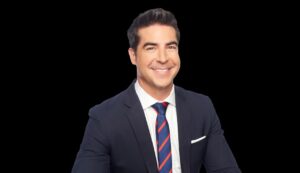 Burack: One of the most fascinating unanswered questions in our history is how did this outsider, this celebrity TV host get elected president? And how did he pick up more votes in 2020?

While Trump is not an everyman and doesn’t live the life of an average American, I would say he won because average Americans said, Well, if these politicians don’t understand me, maybe someone on the outside better can.

Trump’s victory was a clear sign that at least half of the country is fed up with establishment politicians.

Watters: Yeah, they cater to voting constituencies. They cater to each other. They cater to social media. That’s not real life. So Trump was an Avenger. Trump’s election signaled that the system had been failing and that the borders were open and the trade deals were crushing the middle class. The wars were endless. And we weren’t able to speak our minds anymore.

Trump came out and just gave a middle finger to a class of people that had ignored the forgotten men and women of this country: the middle class, the manufacturing sector, moms and dads, and patriots.

They threw everything at the guy. They went all-in to take them out. And they did. They slit his throat politically, tore his vocal cords out. Big Tech censored him. That’s how big of a threat he was to the system. And it’s a damn shame. But he’ll recover and gauge the playing field in two years and see if he’s gonna take another shot at it.

Watters: Lift more weights. I would tell my 23-year-old self to lift heavy and follow your heart.

Burack: What do you want to tell OutKick readers about yourself?

Watters: OutKick is a great property, and that’s why Fox got involved. You guys are right there at the line on everything from sports to media to politics.

You are really on the cutting edge. You are immediate. I’m following you now, Bobby. Whether it’s politics, sports or media, you are ahead of the curve.

I appreciate the audience hearing me out, watching the show, and buying the book.